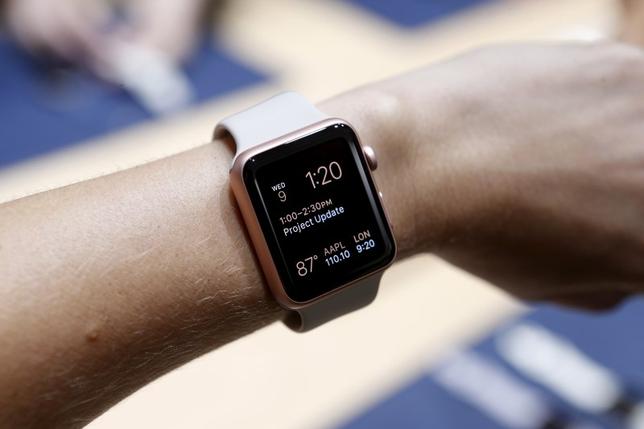 An Apple Watch in the new rose gold color is displayed during an Apple media event in San Francisco, California, September 9, 2015.

Shipments of Android Wear watches, made by companies including LG Electronics Inc (066570.KS) and Motorola, are expected to touch 6.1 million units in 2016, IDC said on Thursday.

“Although smartwatches like the Apple Watch or Android Wear devices capture the spotlight, they will only account for a quarter of all wearables in 2016…” said IDC analyst Jitesh Ubrani.

Shipments of Apple Watch could slow in early 2016 in anticipation of a newer version, IDC said.

The wearable devices market is expected to grow in double-digit percent through 2015 to 2020, with shipments hitting 237.1 million units in 2020, IDC said.

Wearable devices include watches and wristbands that can sync with a user’s smartphone and track heart rate and calories burned, among other data. However, the category has been expanding with the launch of new products such as clothing, eyewear and audio devices.

(Reporting by Kshitiz Goliya in Bengaluru; Editing by Kirti Pandey)