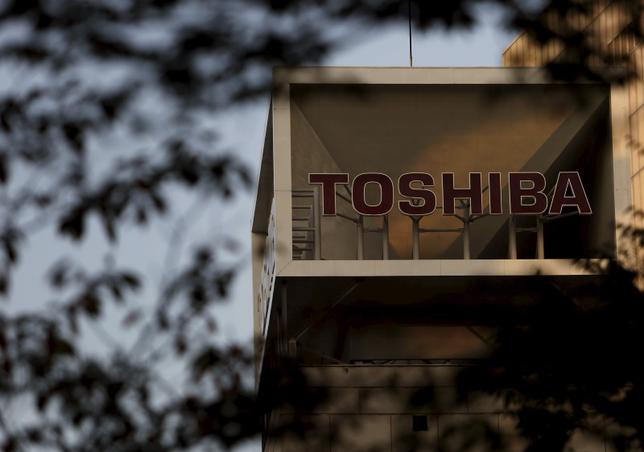 Japan’s Toshiba Corp (6502.T) announced a $5.9 billion asset sale and a big investment in its chip business on Thursday, but saw its shares slide on a report that U.S. authorities were investigating accounting related to its Westinghouse nuclear power unit.

The electronics conglomerate has been eager to put last year’s $1.3 billion accounting scandal behind it and move on with streamlining its bloated businesses, whose poor performances have been masked by years of false bookkeeping.

Toshiba Chief Executive Masashi Muromachi, who has already announced more than 10,000 jobs cuts, is due to unveil a new business strategy on Friday. But he is now likely to spend much of his time fielding questions about the fallout from its accounting woes.

U.S. authorities are opening a case on Toshiba even though the company had already been investigated in Japan, and could exert jurisdiction because the case involved U.S.-based Westinghouse, Bloomberg news agency reported.

The U.S. Justice Department and Securities Exchange Commission were looking into the possibility of fraud, it added.

Toshiba said it was checking the report.

The report, which sent Toshiba’s shares tumbling 8 percent, comes on the heels of the company’s statement this week that it had made seven additional accounting errors that were previously unknown.

Even the sale of its medical equipment unit to imaging firm Canon Inc (7751.T), which Toshiba hopes will provide it with the necessary funds for restructuring, has not come without controversy.

To complete the sale, Toshiba has transferred the unit, which makes diagnostic equipment and is the world’s second-biggest manufacturer of CT scan machines, to a special purpose company.

The move is unusual but could allow it to book the proceeds of the sale in the current business year even if scrutiny from anti-competition watchdogs drags on, said Yukihiko Shimada, an analyst at SMBC Nikko Securities.

Rival bidder Fujifilm Holdings Corp (4901.T) issued a statement complaining that the way in which Toshiba handled the sale had made a mockery of anti-monopoly laws, although it declined to comment on whether it would be taking legal action.

Funds from the deal will help enable Toshiba to drop plans to seek about $1.8 billion in additional loans from its banks, sources familiar with the situation said on Tuesday.

Toshiba wants fresh funds to focus its resources on its pillar businesses – semiconductors and nuclear power.

In an effort to stay competitive in the flash memory market, it unveiled plans on Thursday to invest 360 billion yen ($3.2 billion) over three years to build a new semiconductor facility in Japan.

It also said that it had agreed to sell its white goods business, which had revenue of 225 billion yen in the past financial year, to China’s Midea Group Co Ltd (000333.SZ). Terms of the deal are still being finalised.