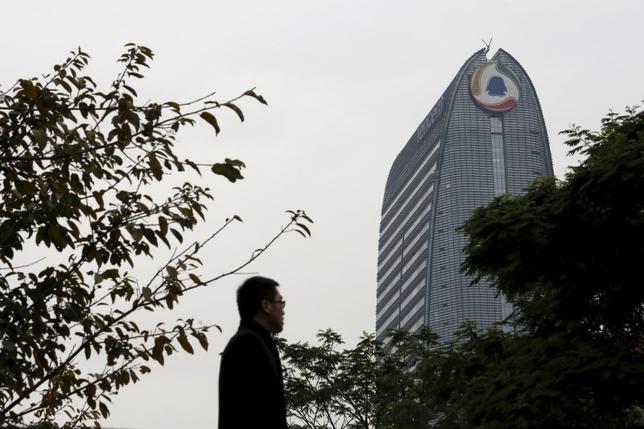 A man walks in front of Tencent headquarters in Shenzhen, China March 15, 2016, before the company announces its annual results on March 17, 2016.

WeChat had 697 million monthly active users at the end of December, Tencent said earlier in its fourth-quarter earnings results.

(Reporting by Yimou Lee and Twinnie Siu in HONG KONG; Writing by Paul Carsten in BEIJING; Editing by Christopher Cushing)