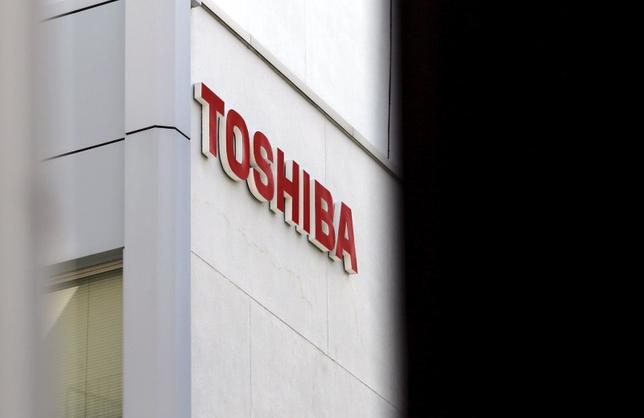 The logo of Toshiba Corp is seen at a building in Tokyo in this September 30, 2015 file photo.

The laptops-to-nuclear conglomerate said it had overstated past profits by 5.8 billion yen ($51.30 million) on a pretax basis due to seven new accounting errors, on top of the 224.8 billion in overstated profits it has already announced.

Toshiba said the company had treated the additional errors as losses in financial reports for two quarters through December, but had not publicly announced them because the amount was below the threshold requiring regulatory disclosure.

Fixing responsibilities for the latest errors, Toshiba said it had “punished” 40 more employees, in addition to 26 which it said previously had been punished. The company has not specified what form the punishment has taken.

Toshiba also said it would aim to bolster internal controls by hiring a permanent auditor who will oversee its accounts to ensure the company complies with regulations.

Toshiba “will make a united effort to improve internal control and corporate culture,” it said in a statement.

The conglomerate also announced it will unveil on Friday its business strategy for the next fiscal year, which, analysts say, will include plans to boost its finances with the sale of business units.

In the wake of the book-keeping scandal in which Toshiba overstated profits from around 2009, Chief Executive Masashi Muromachi has announced more than 10,000 job cuts and plans to sell its loss-making laptops and home appliances businesses.

Toshiba last week said it granted Canon Inc exclusive negotiating rights to buy its medical equipment unit after a hotly contested auction, and one source with knowledge of the talks put Canon’s offer at more than $6 billion.

The deadline for finalizing a deal is Friday.