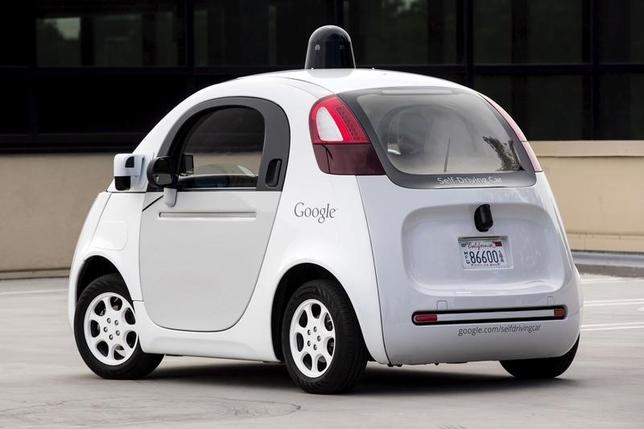 Journalists take a test drive in a prototype of Google’s own self-driving vehicle during a media preview of Google’s current autonomous vehicles in Mountain View, California September 29, 2015.

Members of a U.S. Senate panel and firms working on self-driving vehicles on Tuesday called for national rather than state regulation of the cars to avoid a patchwork of rules that could slow development.

Major automakers and technology companies are racing to develop and sell vehicles that can drive themselves but have complained that state and federal safety rules are impeding testing and ultimate deployment.

The rules will determine when and if a fully autonomous car could be driven on roads. Differing rules from state to state would prevent the cars being driven over state lines.

“If every state is left to go its own way without a unified approach, operating self-driving cars across state boundaries would be an unworkable situation and one that will significantly hinder… the eventual deployment of autonomous vehicles,” Chris Urmson, the head of Alphabet Inc’s Google self-driving car program, told the Senate Commerce Committee

California in December proposed draft rules that would bar autonomous vehicles without human controls and a licensed driver, which Google opposes.

Duke University robotics professor Mary Cummings supported California’s move because she said there was a lack of safety evidence and more testing is needed.

Joseph Okpaku, vice president of government relations at ride-hailing app firm Lyft, said, “The worst possible scenario for the growth of autonomous vehicles is an inconsistent and conflicting patchwork” of laws.

Lyft and GM launched a rental program on Monday, the first step toward building a network of autonomous vehicles because it will establish the infrastructure to house, maintain and organize a large fleet of cars.

In January, the U.S. National Highway Traffic Safety Administration (NHTSA) said it may waive some vehicle safety rules to allow more driverless cars to operate on U.S. roads as part of a broader effort to speed up their development.