Foxconn seeking guidance on Sharp fourth-quarter, deal may not come this week: source 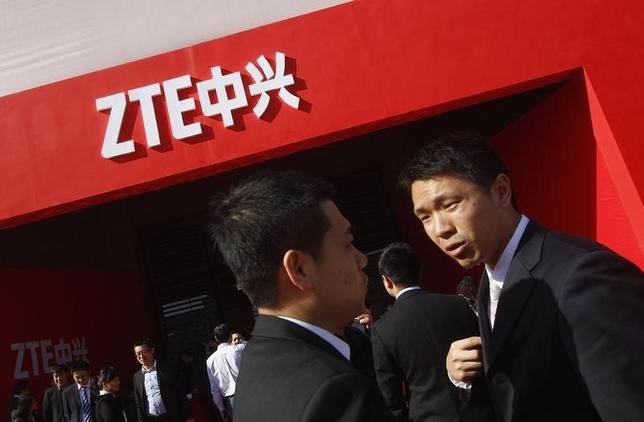 Guests and employees chat under a ZTE company logo in front of the venue of the company’s 15th anniversary celebration in Beijing April 18, 2013.

Shares of China’s ZTE Corp are expected to resume trading on Wednesday morning in Hong Kong and the company will appeal new U.S. export restrictions against it, according to a person familiar with the matter.

The U.S. Commerce Department announced March 7 that U.S. manufacturers will be banned from selling components to ZTE, which is a major global supplier of telecom-networking equipment and a maker of mobile phone handsets.

The restrictions, imposed for alleged Iran sanctions violations by the company, took effect March 8 and are likely to disrupt ZTE’s global supply chain and could create substantial parts shortages.

A senior Commerce Department official told Reuters: “The U.S. Department of Commerce and ZTE Corp are in ongoing discussions. These discussions have been constructive, and we will continue to seek a resolution.”

In a statement last week, the Shenzhen, China-based company said it “has been working with associated U.S. government departments on investigations since 2012 and maintains constant communication with associated departments and is committed to fully address and resolve any concerns.” The Chinese government also has strongly criticized the export curbs.

Trading in ZTE shares have been halted since March 7 in Hong Kong and Shenzhen.