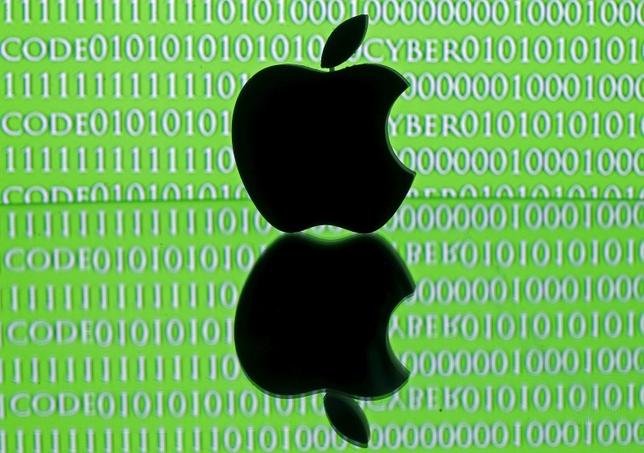 A 3D printed Apple logo is seen in front of a displayed cyber code in this illustration taken February 26, 2016. Apple Inc’s stance on privacy in the face of a U.S. government demand to unlock an iPhone belonging to one of the San Bernardino attackers has raised awkward…

In Apple Inc’s final brief before a court hearing next week in its clash with the U.S. government over an encrypted iPhone, the company on Tuesday said the U.S. founding fathers “would be appalled” by the Department of Justice’s request.

The dispute between Apple and the government burst into the open last month when the Federal Bureau of Investigation obtained a court order requiring Apple to write new software and take other measures to disable passcode protection and allow access to the phone of one of the San Bernardino, California shooters, Rizwan Farook.

Apple said current law does not allow the government’s request. Additionally, Apple senior vice president of software engineering Craig Federighi said the government has never provided any government with its proprietary source code, according to a sworn statement filed in court.