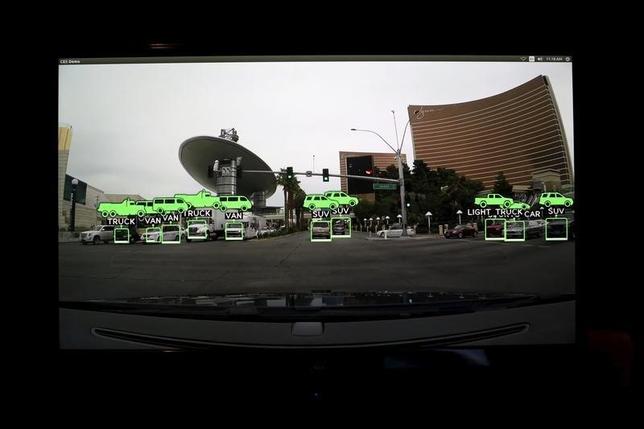 A video screen depicting the view of a self driving vehicle is shown on a graphic display at Nvidia in Santa Clara, California in this February 11, 2015 file photo.

The top U.S. auto safety agency said Friday significant legal hurdles must be cleared before self-driving cars without steering wheels and gas pedals can be sold in the United States.

The National Highway Traffic Safety Administration (NHTSA) is working on new guidance to states, policymakers and companies on self-driving vehicles that it hopes to release in July.

NHTSA spokesman Gordon Trowbridge said a new agency report released Friday showed there were relatively few legal hurdles to the deployment of self-driving cars with human controls, but there were potentially “significant” hurdles to autonomous vehicles that have no steering wheels or brake pedals.

Automakers must meet nearly 75 auto safety standards, many of which were written with the assumption that a licensed driver will be in control of the vehicle.

Major automakers and technology companies are racing to develop and sell vehicles that can drive themselves at least part of the time.

Participants in the autonomous-driving quest complain that state and federal safety rules are impeding testing and eventual deployment of such vehicles.

California has proposed draft rules requiring steering wheels and a licensed driver in all self-driving cars.

The NHTSA report said it wants to “ensure that existing regulations do not unduly stifle innovation and to help ensure that automated vehicles perform their functions safely.”

NHTSA has said it may waive some vehicle safety rules to allow more driverless cars to operate on U.S. roads as part of a broader effort to speed up development of self-driving vehicles.

A U.S. Senate panel will hold a hearing Tuesday that will look at the future of autonomous cars and potential regulatory barriers.

In February, NHTSA said the artificial intelligence system piloting a self-driving Google car could be considered the driver under federal law, a major step toward ultimately winning approval for autonomous vehicles on the roads.

NHTSA Administrator Mark Rosekind told Reuters Thursday the agency was seeking more details on a Feb. 14 crash of a Google self-driving car into a municipal bus that appeared to be the first crash caused by an autonomous vehicle.