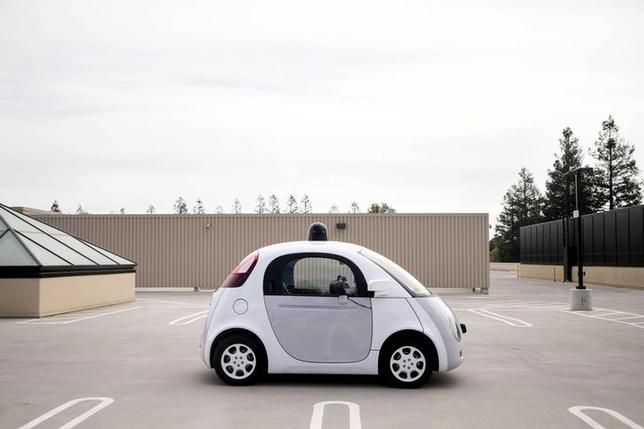 A prototype of Google’s own self-driving vehicle is seen during a media preview of Google’s current autonomous vehicles in Mountain View, California September 29, 2015.

The top U.S. auto safety regulator said on Thursday the agency is seeking additional details of a recent crash of an Alphabet Inc (GOOGL.O) Google self-driving car in California.

National Highway Traffic Safety Administration (NHTSA) chief Mark Rosekind told Reuters on the sidelines of an event on highway safety that the agency is collecting more information to get a “more detailed exploration of what exactly happened.”

A Google self-driving car struck a municipal bus in Mountain View, Calif. in a minor crash on Feb. 14, and the search engine firm said it bears “some responsibility” for the incident in what may be the first crash that was the fault of the self-driving vehicle.

Rosekind said he spoke to Google officials on Wednesday and the company has been “very forthcoming” in answering requests for details on the crash. “We have to see what’s going on,” Rosekind said.

A Google spokesman didn’t immediately respond to a request for comment.

U.S. safety officials said in January they are working on new guidance on self-driving vehicles that they hope to release by July. Rosekind said understanding the Google car crash is important in that process.

“One of the lessons learned would be: there’s an incident, how do you make that sure that (the issue) ends up getting corrected and there is quality assurance to make sure it effectively changes what happened,” Rosekind said.

Google said last week it made changes to its software after the crash to avoid future incidents. A U.S. Senate panel will hold a hearing on Tuesday on the future of autonomous vehicles that will include the director of Google’s self-driving car program.

Last month, NHTSA said the artificial intelligence system piloting a self-driving Google car could be considered the driver under federal law, a major step toward winning approval for autonomous vehicles on the roads.

The California Department of Motor Vehicles said last week it is reviewing the Google crash.

California rules say the state could “suspend or revoke the manufacturer’s testing permit for any act or omission which the department finds makes the conduct of autonomous vehicle testing on public roads an unreasonable risk to the public,” the agency said.