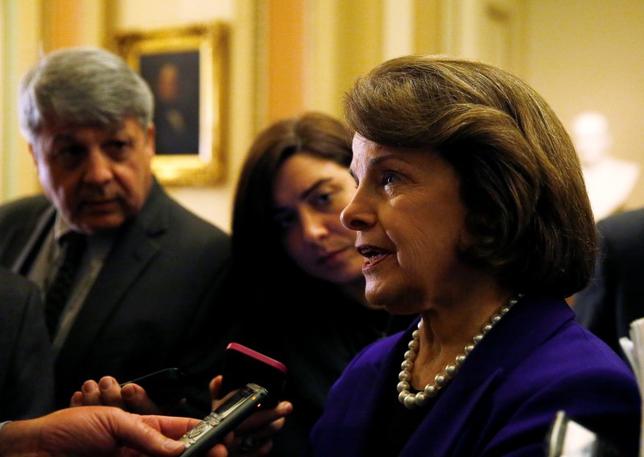 The long-awaited legislation from Senators Richard Burr and Dianne Feinstein, the top Republican and Democrat on the Senate Intelligence Committee, may be introduced as soon as next week, one of the sources said.

It would expose companies like Apple Inc, which is fighting a magistrate judge’s order to unlock an iPhone connected to the mass-shooting in San Bernardino, California, to contempt of court proceedings and related penalties, the source said.

Senators are expected to circulate the draft bill among interested parties next week and hope to introduce it soon after, though a timetable is not final, the source said.

The Senators’ proposal would not seek criminal penalties, as some media reports have stated, the sources said.

The controversial proposal faces an uphill climb in a gridlocked Congress during an election year and would likely be opposed by Silicon Valley.

Tech companies have largely supported Apple in its legal fight against the Justice Department, which is seeking access to a phone used by Rizwan Farook, one of two shooters in the San Bernardino attack last December in which 14 were killed and 22 wounded.

It is particularly unlikely the proposal will gain traction in the U.S. House of Representatives, which staked out positions strongly supporting digital privacy in the wake of revelations about government-sanctioned surveillance of communications by former National Security Agency contractor Edward Snowden.

Last year, amid stiff private sector opposition, the White House backed away from pushing for legislation to require U.S. technology firms to provide investigators with mechanisms to overcome encryption protections.

But the issue found renewed life after the shootings in San Bernardino and Paris. An August email from Robert Litt, the top U.S. intelligence community lawyer, obtained by the Washington Post, noted that momentum on the issue “could turn in the event of a terrorist attack or criminal event where strong encryption can be shown to have hindered law enforcement.”