Chinese pilot project could bring electronic tracking to all cars 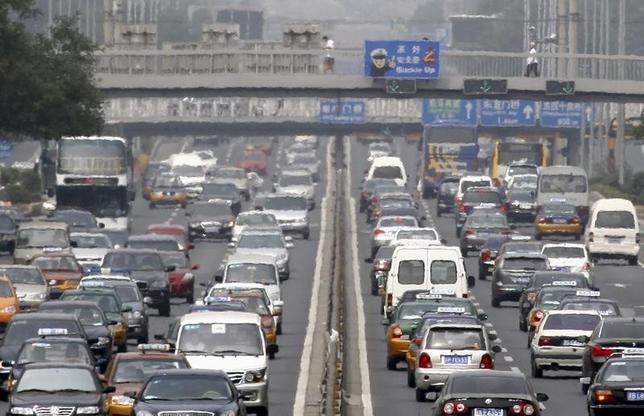 Pedestrians walk across a bridge as cars travel along a main road on a hazy day in central Beijing August 12, 2011.

The southern city of Shenzhen became the first in China to issue electronic IDs to 200,000 vehicles as part of a pilot project that could eventually allow the real-time tracking of all cars, the state-owned company providing the technology said.

The first batch of IDs was issued to eight types of vehicles including heavy duty trucks, vehicles for carrying hazardous materials and school buses, China Aerospace Science and Industry Corp (CASC) said in a statement which was also posted on Wednesday on the website of the central government agency that oversees state-owned companies.

If successful, the project will be expanded to all private cars in the city, the statement said. The government has in the past trialled projects in Shenzhen before rolling them out across the country.

The project could pave the way for autonomous driving, which requires vehicles to communicate with each other and traffic infrastructure in real-time, but also raises concerns over invasive government measures amid efforts to register every Internet user’s real name.

The electronic markers will use radio-frequency identification that can be used in conjunction with traffic monitoring equipment, the CASC statement said, adding that it would help cut down on fake license plates and other illegal activity, while also allowing accurate data gathering for “smart traffic applications”.

Issuing set identities for every car could also help implement targeted transport policies, such as those proposed by Wang Fengying, the general manager of Chinese automaker Great Wall Motor and a representative in parliament this week.

On Monday, Wang filed a proposal that would make petrol more expensive for gas guzzlers by requiring a card to be issued and linked to every car based on the fuel economy of the model, with more efficient vehicles paying less.

Wang similarly proposed a law suggesting a system of taxes and fees for cars based on how much they drive among other data.