Congress will hear from head of Google self-driving car project 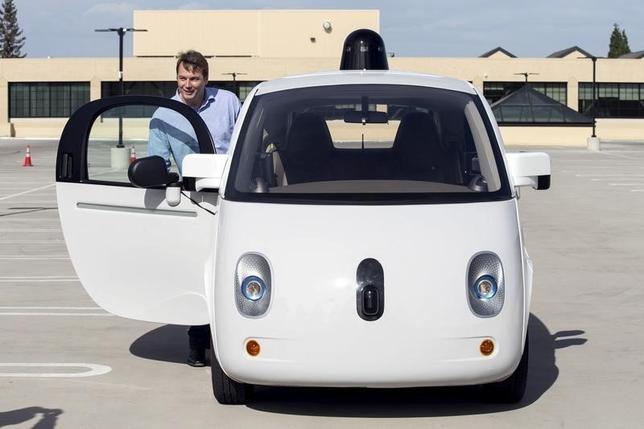 Chris Urmson, Director of the Self Driving Cars Project at Google, gets out of a prototype self-driving car during a media preview of Google’s prototype autonomous vehicles in Moutain View, California September 29, 2015.

The director of the Google self-driving car project and auto industry executives will testify before Congress next week on efforts to develop safe and effective autonomous cars.

Senator John Thune, a South Dakota Republican who chairs the Senate Commerce Committee, said on Tuesday that Chris Urmson, director of self-driving cars at Alphabet Inc unit Google, will testify at on March 15.

Urmson will testify alongside executives from General Motors Co, Delphi Automotive PLC and privately held ride-hailing service Lyft Inc to talk about “advancements in autonomous vehicle technology and its anticipated benefits for Americans,” the committee said.

In January, Detroit-based GM said it would invest $500 million in Lyft Inc and laid out plans to develop an on-demand network of self-driving cars with the ride-sharing service.

The committee wants witnesses’ views “on the appropriate role of government in promoting innovation including removing unnecessary hurdles, and their strategy to grow consumer adoption of this new technology.”

Major automakers and technology companies are racing to develop and sell vehicles that can drive themselves, but they have complained that state and federal safety rules are impeding testing and ultimate deployment of such vehicles.

In January, the U.S. National Highway Traffic Safety Administration (NHTSA) said it may waive some vehicle safety rules to allow more driverless cars to operate on U.S. roads as part of a broader effort to speed up development of self-driving vehicles.

On Feb. 4, NHTSA said the artificial intelligence system piloting a self-driving Google car could be considered the driver under federal law, a major step toward ultimately winning approval for autonomous vehicles on the roads.

But Google said last month it bears “some responsibility” after one of its self-driving cars struck a municipal bus in Mountain View, California on Feb. 14.

The crash may be the first case of one of its autonomous cars hitting another vehicle and the fault of the self-driving car. The Mountain View-based Internet search leader said it made changes to its software after the crash to avoid future incidents.