Amazon to restore encryption to Fire tablets after complaints

ZTE says communicating with all parties after news of export restrictions 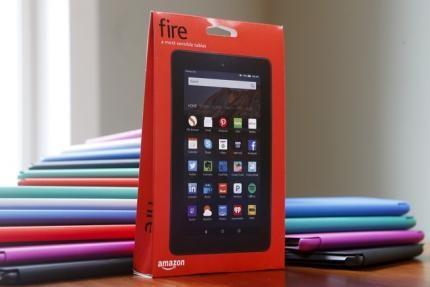 Amazon.com Inc (AMZN.O) said it plans to restore an encryption feature on its Fire tablets after customers and privacy advocates criticized the company for quietly removing the security option when it released its latest operating system.

“We will return the option for full-disk encryption with a Fire OS update coming this spring,” company spokeswoman Robin Handaly told Reuters via email on Saturday.

Amazon’s decision to drop encryption from the Fire operating system came to light late this week. The company said it had removed the feature in a version of its Fire OS that began shipping in the fall because few customers used it.

On-device encryption scrambles data so that the device can be accessed only if the user enters the correct password. Well-known cryptologist Bruce Schneier called Amazon’s removal of the feature “stupid” and was among many who publicly urged the company to restore it.

Amazon.com this week signed on to a court brief urging a federal judge to side with Apple.

(Reporting by Jim Finkle in Boston; Editing by Matthew Lewis)