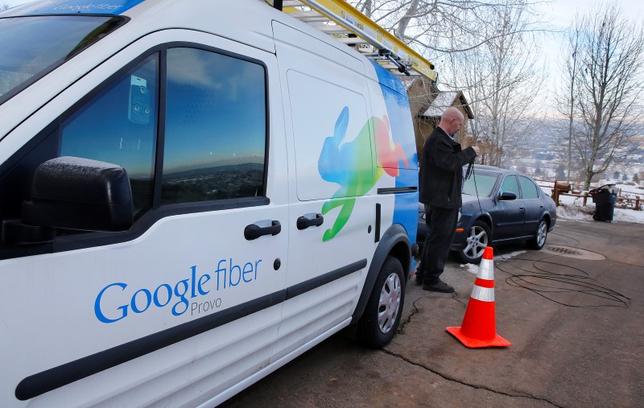 A technician gets cabling out of his truck to install Google Fiber in a residential home in Provo, Utah, January 2, 2014.

Google has been expanding the service, which promises Internet speeds of up to 1,000 megabits per second, in several cities in the United States.

“If there is a surprise here, it is perhaps that the growth rate isn’t higher,” MoffettNathanson said.

“After all, there has been a steady stream of new cities announced, and they’ve now been at it for a long time in at least a handful of markets.”

Alphabet, formerly Google, said in December it would consider bringing the Fiber internet service to Los Angeles and Chicago.

(Reporting by Abhirup Roy in Bengaluru)