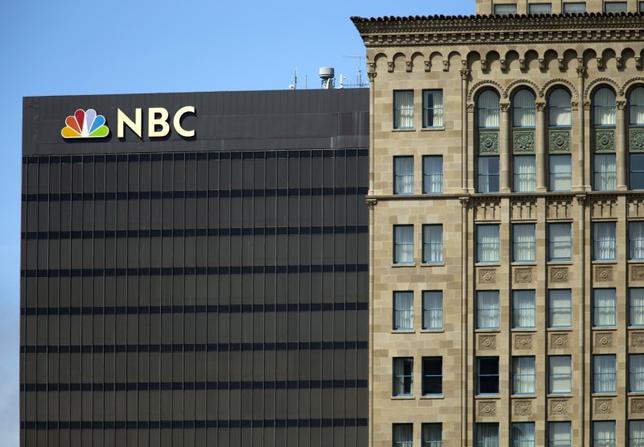 The NBC logo is pictured atop their office building in San Diego, California September 1, 2015.

NBC is set to kick off this initiative with “The Voice on Snapchat”, a series that collects user-submitted performances judged by ‘coaches’ from the broadcaster’s singing show “The Voice”, the Wall Street Journal, said on Monday. (on.wsj.com/2aF5RnD)

Apart from the “The Voice”, NBC’s popular originals like “The Tonight Show Starring Jimmy Fallon” and “Saturday Night Live”, are likely to be available on Snapchat this fall, said the Journal, which first reported on the deal.

NBC Universal could not be immediately reached for comment.

However, this is not the first deal between the parties.

According to Bloomberg, Snapchat chalked up a deal with NBC in April to show highlights from the 2016 Olympics. (bloom.bg/1pOC0QV)

These deals show the broadcaster’s effort to woo younger audiences who are increasingly shifting to online media for their entertainment fix, ditching traditional cable services, a trend called ‘cord-cutting’.

Snapchat, which has more 100 million users, is known for automatically making posts disappear after 24 hours.