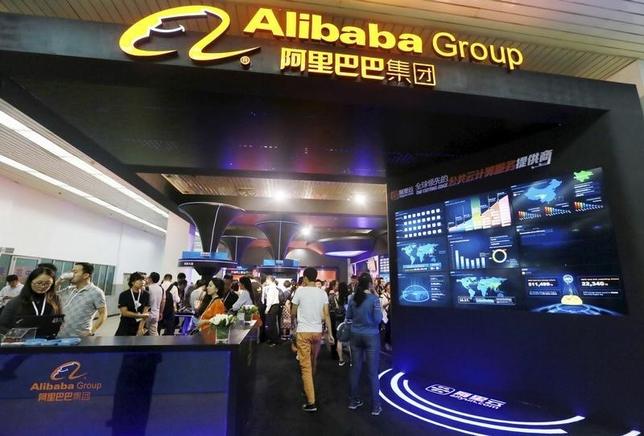 People visit the booth of Alibaba Group during an exhibition in Beijing, China, September 22, 2015.