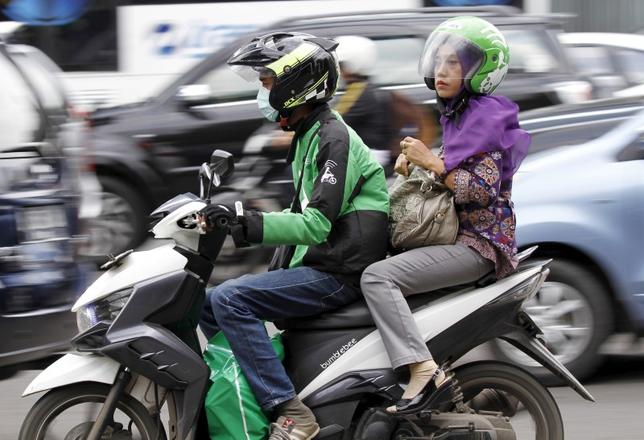 A woman rides on the back of a motorbike, part of the Go-Jek ride-hailing service, on a busy street in central Jakarta, Indonesia December 18, 2015. Indonesia’s president publicly rebuked one of his cabinet ministers on Friday for a clampdown on ride-hailing services such as…