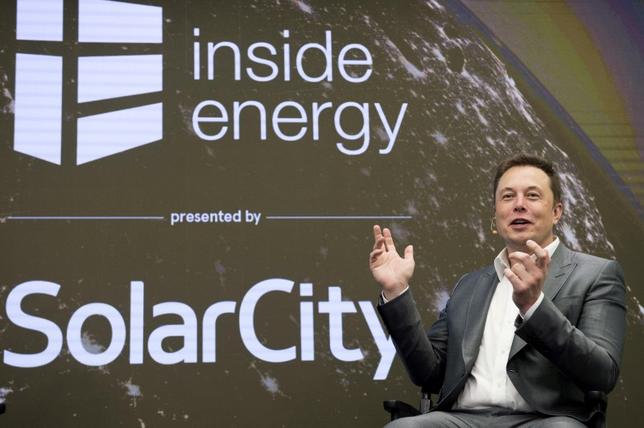 Musk, who is chief executive of Tesla and chairman of SolarCity, will remain the largest individual shareholder, boosting his stake from 23.2 percent to 25.0 percent.

The largest institutional shareholder, Fidelity Management and Research, will see its stake grow from 12.2 percent to 13.4 percent. Two Fidelity-managed funds, Fidelity Contrafund and Fidelity OTC, together will control another 7.3 percent, up from 6.5 percent.

The Reuters analysis factored in a stock swap that is a key element of the $2.6 billion merger announced on Monday by both companies. The deal, which values each SolarCity share at 0.11 Tesla share, still requires shareholder and regulatory approvals, and is expected to close in the fourth quarter.

Reuters analyzed data provided by the companies, including filings with the U.S. Securities and Exchange Commission.

Musk, eight major institutional investors and the two Fidelity funds control 45.7 percent of Tesla. After the merger, the same group’s combined stake will rise to 49.0 percent.

Three of Musk’s relatives, including brother Kimbal Musk and cousins Lyndon Rive and Peter Rive, will own a combined stake of 0.5 percent in Tesla. The Rive brothers are co-founders and top executives of SolarCity. Kimbal Musk is a director of Tesla.

(Reporting by Paul Lienert in Detroit; Editing by Dan Grebler)