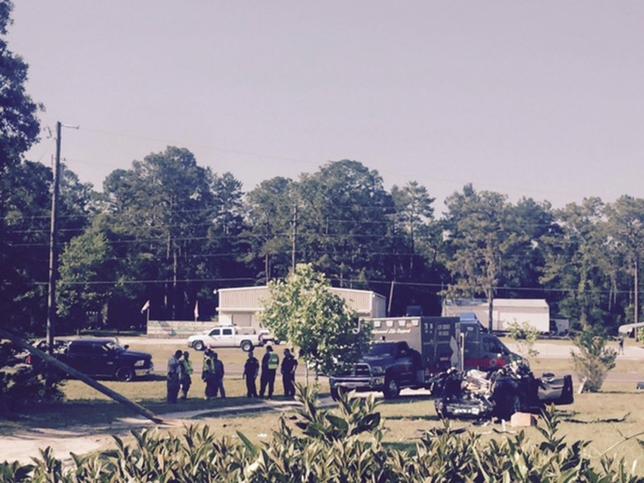 Tesla Motors Inc told U.S. Senate Commerce Committee staff it is considering two theories that may explain what led to the May 7 fatal crash that killed a Florida man who was using the car’s “Autopilot” system, a person familiar with the meeting told Reuters on Friday.

Tesla staff members told congressional aides at a briefing on Thursday that they are still trying to understand the “system failure” that led to the crash, the source said.

Tesla is considering whether the radar and camera input for the vehicle’s automatic emergency braking system failed to detect the truck trailer or the automatic braking system’s radar may have detected the trailer but discounted this input as part of a design to “tune out” structures such as bridges to avoid triggering false braking, the source said.

Joshua Brown was killed when his vehicle drove under the tractor-trailer. It was the first known fatality involving a Model S operating on the Autopilot system that takes control of steering and braking in certain conditions. The accident has increased scrutiny of automated driving technology.

Tesla’s chief executive, Elon Musk, was asked on Twitter about why the radar did not detect the truck. Musk wrote in a June 30 tweet that “radar tunes out what looks like an overhead road sign to avoid false braking events.”

A Tesla spokeswoman declined to comment on the meeting, referring questions to the company’s recent statements.

On Tuesday, the U.S. National Transportation Safety Board (NTSB) said its preliminary findings showed the Model S was traveling at 74 miles (119 km) per hour in a 65-mph (104 km per hour) zone at the time it struck the semi-truck near Williston, Florida.

The report said the NTSB confirmed the Model S driver was using the advanced driver assistance features Traffic-Aware Cruise Control and Autosteer lane-keeping assistance at the time. The NTSB has not yet determined the probable cause of the crash.

Tesla faces a separate investigation by the U.S. National Highway Traffic Safety Administration (NHTSA) into whether the system poses an unreasonable risk to driver safety. It faces a Friday deadline to answer the safety agency’s initial questions about the crash.