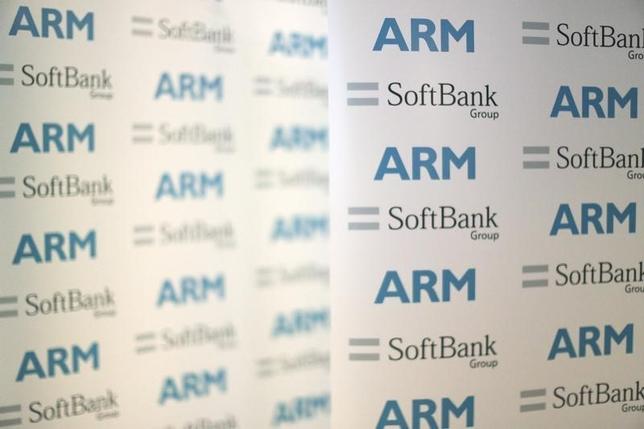 An ARM and SoftBank Group branded board is displayed at a news conference in London, Britain July 18, 2016.

A Dallas hedge fund was among investors betting on a fall in the price of ARM Holdings (ARM.L) when SoftBank Group’s (9984.T) surprise $32 billion bid sent shares in the British chip designer surging nearly 50 percent.

The set-back for such hedge funds, who position themselves to profit from swings in stock prices, comes at a difficult time for the industry as many peers have seen their performance slide and some investors have even demanded their money back.

Data from Britain’s regulator, the Financial Conduct Authority, shows that Maverick Capital had a substantial outstanding short position in ARM of roughly 1.2 percent of its shares when the SoftBank bid was announced on Monday.

The data shows that Maverick had a short position of 0.67 percent as of Jan. 6 and increased that to 1.2 percent on May 3.

Investors use short selling strategies to bet that a stock price will fall. They borrow shares and sell them in the hope the price will fall and they can buy them back later for less, and return them to the original owner for a profit.

But if the price rises, the bet backfires as the short-seller still has to buy the shares to return them at some point.

SoftBank swooped on Britain’s most valuable technology company in a bid to lead the next wave of digital innovation with a chip designer that powers the mobile phone industry.

Maverick was not alone in betting on gloomier prospects for ARM. The amount of ARM stock out on loan to short-sellers stood at 5.6 percent on Friday ahead of the takeover bid, up from 2 percent in January.

Hedge funds who buy and borrow stock have had a particularly tough time in volatile markets this year.

Their returns fell 0.96 percent in the first six months of 2016 while investors demanded the return of $2 billion, according to industry data from Eurekahedge.

Greenlight Capital and QVT Financial both held short positions of greater than 0.5 percent of ARM during 2013 and 2014 but they fell below the disclosure threshold in 2015.