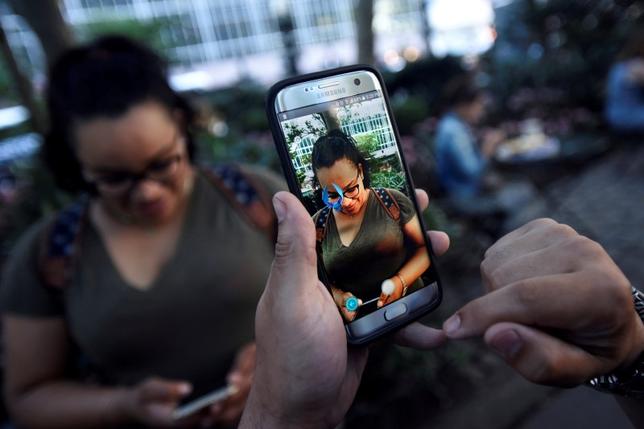 A Pokemon appears on the screen next to a woman as a man plays the augmented reality mobile game ”Pokemon Go” by Nintendo in Bryant Park in New York City, U.S. July 11, 2016.

Shares in Nintendo Co (7974.T) opened down 8 percent on Wednesday after the game operator more than doubled its market value in the past seven sessions powered by the record-breaking success of its Pokemon GO mobile game.

The game, which marries a classic 20-year-old franchise with augmented reality, is on its way to becoming the first mobile game to break the $4 billion-per-year wall, beating Candy Crush Saga and Supercell’s Clash of Clans, according to Macquarie Research. TechCrunch reported the game will be launched in Japan on Wednesday.

Shares of Japan’s McDonald’s Holdings Co (2702.T) piggy-backed the Pokemon GO craze, rising as much as 12 percent in early trade on a media report the fast-food chain operator would become the game’s first sponsor.