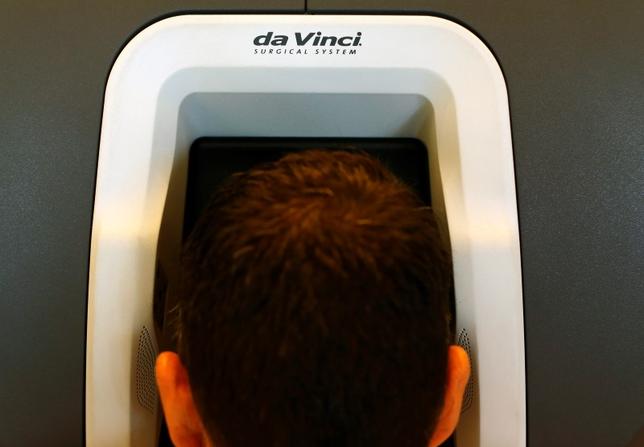 A surgeon views a three-dimensional image on a da Vinci Xi Surgical System made by Intuitive Surgical during a demonstrated of the surgery robot at the Palomar Medical Center in Escondido, California December 3, 2014.

Intuitive Surgical Inc on Tuesday reported higher second-quarter profit, driven by an increase in sales of its da Vinci surgical robots and in procedures using the pricey machines.

Revenue for the quarter rose about 14 percent to $670 million, topping Wall Street estimates of $640.7 million, according to Thomson Reuters I/B/E/S.