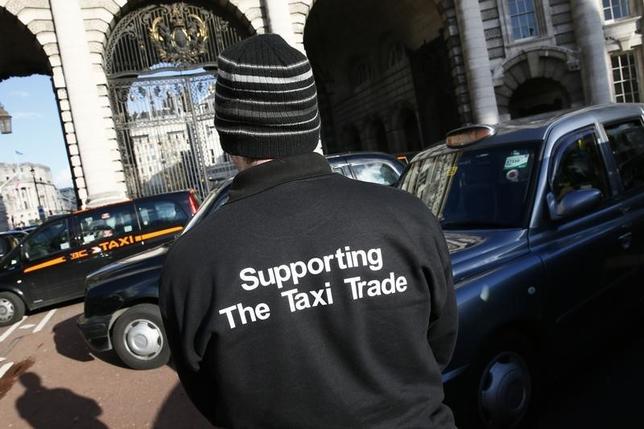 Two drivers took Uber [UBER.UL] to a British employment tribunal on Tuesday, arguing that the ride service is acting unlawfully by not offering rights such as holiday and sick pay, in a test case that could force the app to change its business model.

Uber, which allows users to book and pay for a taxi by smartphone, says its more than 30,000 London drivers enjoy the flexibility of being able to work when they choose and receive on average more than the minimum wage.

The firm, whose investors include Goldman Sachs and Alphabet Inc unit Google, has grown rapidly around the world and is valued at $62.5 billion (47 billion pounds) but has faced protests, bans and restrictions in a number of cities.

Last month, Uber agreed to pay $7.5 million to settle a lawsuit brought by drivers over background checks at the Federal Court in San Francisco, where the app is based.

In London, it has fended off attempts by drivers of the city’s famous black cabs to have the app ruled illegal, and transport bosses decided earlier this year not to impose tough new rules on the app.

But a ruling in favor of the two drivers bringing this test case could lead to dozens more coming forward and affect the firm’s reliance on the self-employed.

“This claim is vital for the thousands of Uber drivers who work in England and Wales and has implications even wider than that,” Annie Powell, employment lawyer at firm Leigh Day said.

“We are seeing a creeping erosion of employment rights as companies misclassify their workers as self-employed so as to avoid paying them holiday pay and the national minimum wage,” she said.

Drivers are also unhappy at pay being docked for customer complaints but Uber said that is rare for pay to be reduced and would only occur in rare circumstances where the route taken by the driver was deemed to be excessively long, for example.

The tribunal is expected to last until the start of next week but the judge is unlikely to deliver a decision until several weeks later.