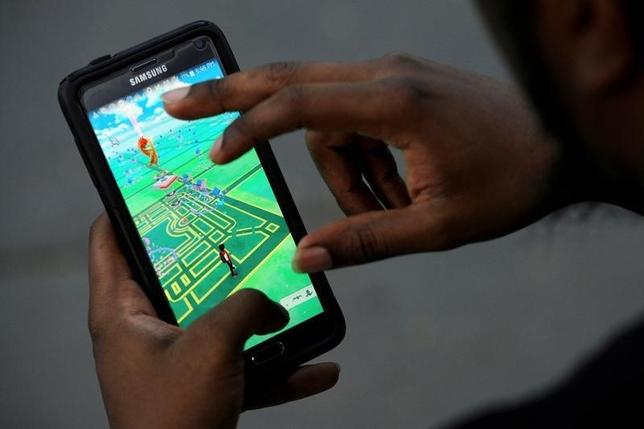 Users must resist the urge to point camera phones at Pikachu popping out in front of the Kuwaiti Emir’s palace, mosques, oil facilities or military bases, Kuwait’s Interior ministry said.

“The danger in dealing with this game is that it involves the user photographing areas nearby with … smart phones which transfer the pictures of the sites to third parties,” Kuwait interior ministry undersecretary Suleiman al-Fahd said.

“The interior ministry has informed security men to show zero tolerance to anyone approaching such prohibited sites, deliberately or not,” Fahd said in a statement.

Officially launched in only five Western countries, Nintendo Co Ltd’s (7974.T) Pokemon GO is set to be released to 200 more “relatively soon,” according to the company.

Accessing the app by a VPN connection or foreign app stores, Mideast users too have become addicted to Pokemon, which involves walking in search of the “pocket monsters” which emerge superimposed on the phone screen via the camera.

Now the colorful creatures have been sighted at landmarks such as Egypt’s pyramids and Jerusalem’s al-Aqsa mosque.

Relatively wealthy and phone-obsessed, Gulf Arabs are no exception but ply their devices under the wary eye of states keen to prevent sectarian or seditious ideas.

The UAE’s Telecommunications Regulatory Authority said in a statement that waiting for the game’s official launch in the country would save budding Pokemon traders’ from “violation of user privacy.”

“Criminals (can) deploy malicious software posing as these applications … before their release in app stores, using this technology to damage smart phone operating systems or spying on their owners,” the statement said.

A main driver of 2011 pro-democracy uprisings in 2011 dubbed the “Arab Spring”, social media and its widespread use by the region’s growing youth population has vexed traditional Arab authorities, both secular and spiritual.

Egypt’s cabinet spokesman said on the news show “90 minutes” on Wednesday that authorities were investigating Pokemon GO and sought to “minimize the dangers of these games.”

“It’s the utmost kind of manic harm for the future of those people enamoured with this game, searching for Pokemon through the streets … like drunkards,” he told Youm7 newspaper.