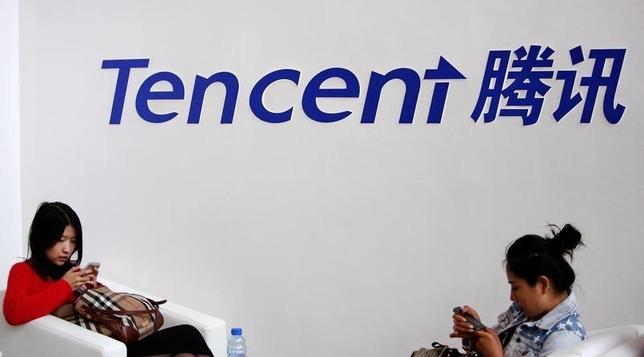 Visitors use their smartphones underneath the logo of Tencent at the Global Mobile Internet Conference in Beijing May 6, 2014.

The merger combined Tencent’s QQ Music service with CMC to form a new digital music company, Tencent wrote in a statement. Tencent would become the majority shareholder of the new company, it added.

Tencent declined to disclose the value of the deal, but a person with knowledge of the matter said the new company would be valued at about $6 billion.

“The new company will be the flagship for Tencent’s digital music and related businesses,” Tencent President Martin Lau wrote in the statement.

Tencent said it would fully support the new company to develop its digital music business, paving the way for an initial public offering.