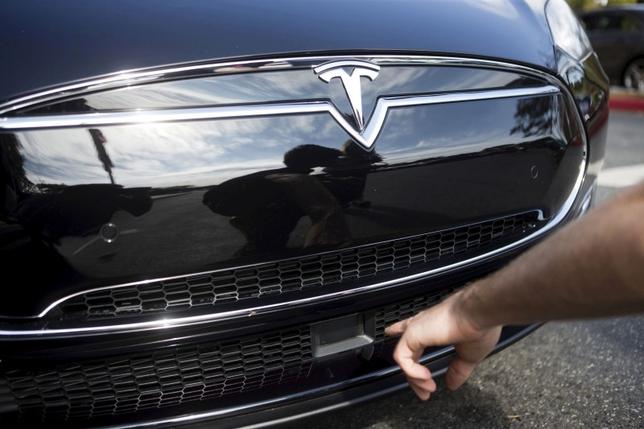 The radar technology of a Tesla Model S containing Autopilot features is pointed out during a Tesla event in Palo Alto, California, U.S., October 14, 2015.

Tesla Motors Inc Chief Executive Elon Musk said the electric car maker has no plans to disable its Autopilot feature in the wake of a fatal accident in which the driver of a Model S car was using the technology, the Wall Street Journal reported.

The company, in fact, is planning an explanatory blog post to educate customers on how the feature works, the newspaper reported on Tuesday.

“A lot of people don’t understand what it is and how you turn it on,” Musk told the Journal in an interview. (on.wsj.com/29BMpde)

The company came under regulators’ scrutiny after a fatal car crash on May 7 that killed a Model S car owner who was operating it in autopilot mode.

In a recent move, the U.S. National Highway Traffic Safety Administration sent the company a letter, seeking details of all design changes and updates to Autopilot since it went into use last year.

(Reporting by Rishika Sadam in Bengaluru; Editing by Maju Samuel)