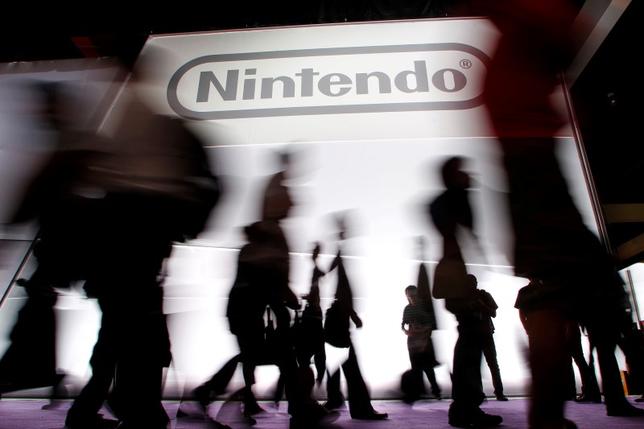 Attendees walk past the Nintendo of America Inc. booth during the Electronic Entertainment Expo or E3 in Los Angeles June 7, 2011.

Nintendo said last year it would enter the rapidly growing mobile gaming segment, finally yielding to investor calls to align its business with the consumer shift away from dedicated consoles to simple and often free-to-download smartphone games.

Its first mobile title launched in March, Miitomo, was more of a social networking application, leaving investors and fans awaiting games based on bestselling franchises such as Super Mario Bros.

Pokemon GO was the top free app in Apple Inc’s iTunes store as of Thursday afternoon and had been installed on between 50,000 and 100,000 Android devices, according to media reports.

“We had anticipated little monetization from Pokemon Go,” Macquarie Securities said in a note to clients.

“It now appears to be much higher… U.S. just went live (with Pokemon GO) and we expect Japan to be not far behind. As a result, we expect the title to achieve high rankings in US/JP over this weekend and the stock price to positively react.”

The company has promised four more smartphone games this business year. To boost its struggling game console business, Nintendo plans to release its next console globally in March 2017, its President Tatsumi Kimishima said in April.

Nintendo shares were last trading up 9 percent at 16,290 yen, its highest level in more than two months.