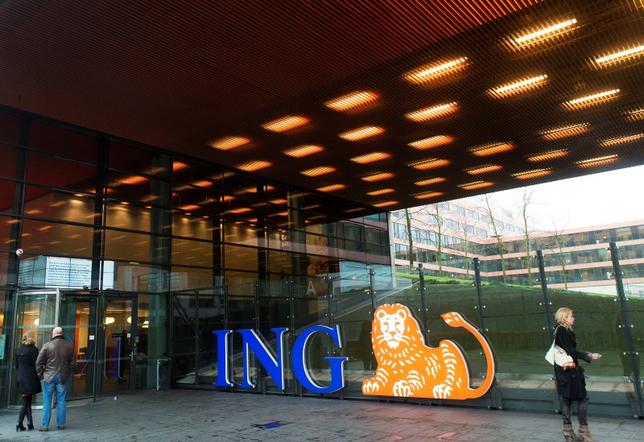 People stand near the logo of ING Group NV at a branch office in Amsterdam January 9, 2014.

ING Group (ING.AS) is working on a Europe-wide platform enabling customers to handle all their bank accounts, including money transfers, in one place, in response to upcoming rule changes and growing competition from non-bank rivals such as Apple (AAPL.O).

So-called aggregator websites allow customers to manage all their accounts in one place. Traditional banks see the independent ones such as Mint.com in the U.S. as a potential threat to their business, and some have already responded, such as SocGen’s Boursorama and Credit Mutuel Arkea’s Fortuneo.

Regulatory changes are set to make the online banking world even more competitive. The EU revised Payment Services Directive (PSD2) means member states will have until January 2018 to offer freedom for customers to make banking transfers between various bank accounts with the help of a third-party player.

ING Direct, part of the Netherlands’ largest financial services group, is already the biggest online bank in France with 1 million clients and is keen to gain market share elsewhere. It has 13 million online banking clients in Europe.

“We are, in many countries, still a challenger, so for us, aggregating accounts is certainly a way forward to access more customers,” said Benoit Legrand, who is responsible for innovative financial technology (FinTech) at ING.

“We are not doing anything specifically in France as such but we are working on a European development,” Legrand told Reuters in an interview on the sidelines of the Viva Technology conference in Paris, adding that ING had some concrete plans.

The aggregator may also offer some extra services such as proposing a client feeds an account due to upcoming payments or suggest a customer changes the terms of a loan.

“The new directive will greatly benefit European consumers by making it easier to shop online and enabling new services to enter the market to manage their bank accounts, for example to keep track of their spending on different accounts”. EU Commissioner Margrethe Vestager said last year.

Third-party access to account data means banks will have to make substantial IT investments to ensure security of payments and consumer protection, analysts at Barclays said.

Millions of people already share their bank account passwords with third-party sites and apps that help them track their spending but security concerns have prevented even wider use.

For the banks, securing quickly the future of their own revenue is also of crucial importance. The online revolution is also a way for them to cut the number of branches and staff in their bricks-and-mortar networks and reduce costs.

ING said in a 2015 presentation that around 30 percent of banking revenues overall were at risk from non-bank competition pushing into the financial industry via the Internet.

“It is crucial to act now and not see this as another compliance project and wait until 2018,” Barclays analysts said in reference to the new EU legislation.