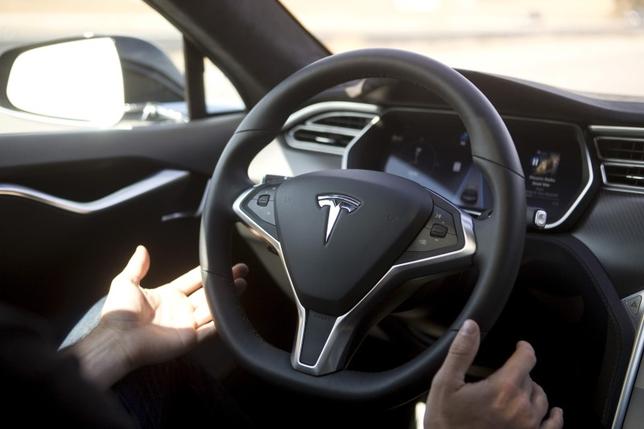 New Autopilot features are demonstrated in a Tesla Model S during a Tesla event in Palo Alto, California October 14, 2015.

The U.S. National Highway Traffic Safety Administration (NHTSA) said on Thursday it is opening a preliminary investigation into 25,000 Tesla Motors (TSLA.O) Model S cars after a driver of one of the vehicles was killed using the Autopilot mode.

The agency said the crash came in a 2015 Model S operating with automated driving systems engaged, and “calls for an examination of the design and performance of any driving aids in use at the time of the crash.” The investigation is the first step before the agency could seek to order a recall if it finds the vehicles were unsafe.

NHTSA said in a statement the driver of the 2015 Model S was killed while operating in Autopilot mode in a crash on May 7 in Williston, Florida. NHTSA said preliminary reports indicate the vehicle crash occurred when a tractor-trailer made a left turn in front of the Tesla at an intersection.

Tesla said in a blog post that this is the first known fatality in just over 130 million miles where Autopilot was activated.

Tesla said “neither Autopilot nor the driver noticed the white side of the tractor trailer against a brightly lit sky, so the brake was not applied.”

The company said “the high ride height of the trailer combined with its positioning across the road and the extremely rare circumstances of the impact caused the Model S to pass under the trailer, with the bottom of the trailer impacting the windshield of the Model S.”

Tesla said that “Autopilot is getting better all the time, but it is not perfect and still requires the driver to remain alert. Nonetheless, when used in conjunction with driver oversight, the data is unequivocal that Autopilot reduces driver workload and results in a statistically significant improvement in safety when compared to purely manual driving.”