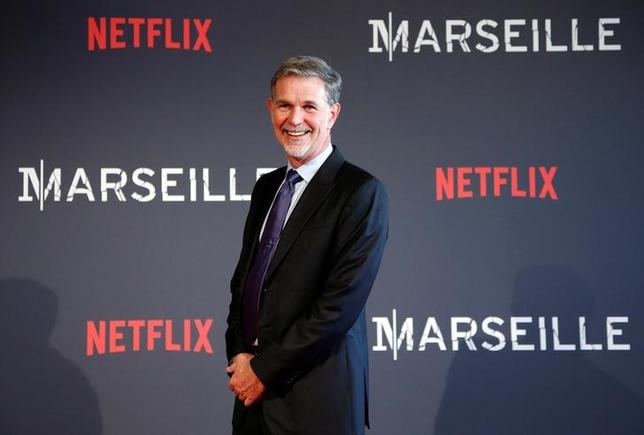 Reed Hastings, co-founder and CEO of Netflix, poses on the red carpet at the French premiere of Netflix’s TV series ”Marseille” in Marseille, France, May 4, 2016.

Netflix Inc will continue to look into the possibility of entering China, Chief Executive Reed Hastings said on Thursday, as the video streaming service seeks to grow its subscriber base outside its home of the United States.

“Since China is a great opportunity, we continue to look into China,” Hastings said at a media event in Seoul, without elaborating.

Netflix is trying to counter slowing growth in the U.S. with its move in January to launch in 130 new markets worldwide. But the streaming service remains absent in the world’s most populous country, where content providers face stringent regulations and censorship challenges.

The company has also struggled to make headway in other large Asian markets such as South Korea and Indonesia due to a dearth of local content and regulatory hurdles.

Netflix in April forecast U.S. and international subscription growth for the second quarter that was weaker than analyst estimates, underscoring its need to expand.

“The weakest point for Netflix, people say, is the local content, but that’s because we need time to learn not just the market and box office but about what and how Korean people watch,” Ted Sarandos, Netflix’s chief content officer, told reporters in response to a question about the firm’s strategy in South Korea.

Netflix is looking at various investment opportunities in Asia to improve its offerings, Sarandos said without elaborating.