Investors’ new book prescribes data to thrive as a start-up 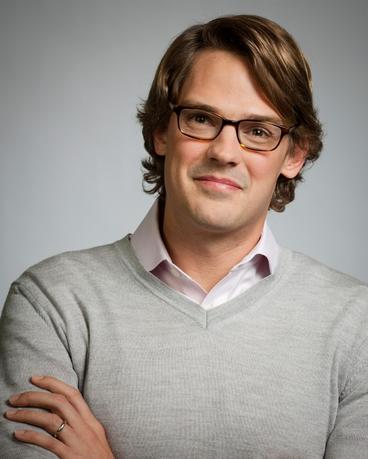 Author Tomasz Tunguz poses in this April 15, 2015 photo. Courtesy of Michael Winokur/Redpoint/Handout via

Most entrepreneurs know data can transform an organization, but few fully understand how to tap into it to give them an edge, according to a new book called “Winning With Data.”

Written by venture capitalist Tomasz Tunguz and entrepreneur Frank Bien, the book tries to change that, making the case for why start-ups need a data education.

Business is entering a new era, they argue, when a new generation of technology and powerful analytics tools provide far more detailed insights than before, ranging from what time of day to market certain products to how to set sales goals. Companies that do not use the insights will fall badly behind, they argue, giving harsh examples of companies that ignored the numbers.

Many of these ideas will seem familiar, particularly to those who consult Tunguz’s well-read blog.

And some readers will tire of the parade of examples drawn from the portfolio of Redpoint Ventures, the firm that employs Tunguz and backed Bien’s business, analytics company Looker.

But the book still merits a read, if only to see the approach of some of Silicon Valley’s more successful start-ups put in a rich context that weaves in the history of yeast in America, Venetian guilds, and World War II fighter jets.

Its biggest flaw lies in its breathless approach to data, which after all, has existed for millennia.

“Most every company in the world today depends on data,” the authors write. “But the vast majority of them use data in retrospect, to understand history, not to drive decisions.”

That might come as a surprise to say, supermarkets, which for years have stocked shelves using information on what placement leads to the most sales.

Sometimes, the book provides an unexpected and welcome jolt, such as with advice that there is such a thing as too much data.

Still, for entrepreneurs, some of the thinking presents a fundamental clash with a long-established tenet in Silicon Valley: that the most brilliant entrepreneurs believe in their idea to the death, no matter how much evidence they face that it lacks merit.

Just ask Elon Musk about how many data-wielding bigwigs told him his electric-car car company Tesla would fail, or Mark Zuckerberg that social network Facebook would never make money. Sometimes, any data is too much.