Last month I wrote about an alert from ATM giant NCR Corp., which said it was seeing an increase in cash machines compromised by what it called “deep insert” skimmers. These skimmers can hook into little nooks inside the mechanized card acceptance slot, which is a generally quite a bit wider than the width of an ATM card.

“The first ones were quite fat and were the same width of the card,” said Charlie Harrow, solutions manager for global security at NCR. “The newer ones are much thinner and sit right there where the magnetic stripe reader is.”

Operating the insert skimmer pictured in the video below requires two special tools that are sold with it: One to set the skimmer in place inside the ATM’s card acceptance slot, and another to retrieve it. NCR told me its technicians had never actually found any tools crooks use to install and retrieve the insert skimmers, but the following sales video produced by an insert skimmer vendor clearly shows a different tool is used for each job:

Same goes for a different video produced by yet another vendor of insert skimming devices:

Here’s a close-up of the insert skimmer pictured in the first sales video above: 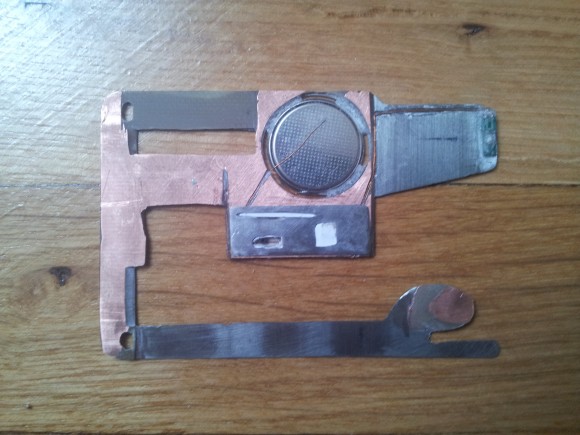 This video from another insert skimmer seller shows some type of tool I can’t quite make out that is used to retrieve the skimmer. It’s unclear if this one requires a second tool to install the device.

Skimmed card data lets you counterfeit new copies of the card, but to withdraw cash from ATMs using the counterfeit cards the crooks also need to somehow steal each customer’s PIN. That task usually falls to a false keypad or a hidden camera — the latter being far more common and cheaper. The seller of the insert skimmer pictured above also sells a hidden camera setup. Below is a false overhead panel, including a cannibalized vidocamera that peeps through a tiny hole down at the ATM keypad. 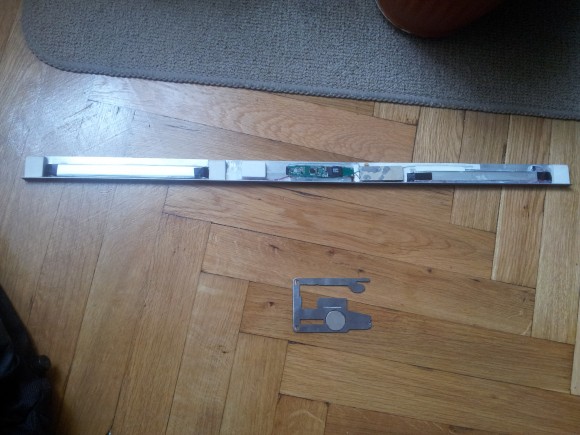 The insert skimmer, sold alongside a hidden camera embedded within a false overhead panel.

Once you know about all the ways that skimmer thieves are coming up with to fleece the banks and consumers, it’s difficult not to go through life seeing every ATM as a potential zombie threat — banging and pulling on the poor machines and half expecting half hoping parts to come unglued. I’m always disappointed, but it hasn’t stopped me all the same.

Truthfully, you probably have a better chance of getting physically mugged after withdrawing cash than you do encountering a skimmer in real life. So keep your wits about you when you’re at the ATM, and avoid dodgy-looking and standalone cash machines in low-lit areas, if possible. Stick to ATMs that are physically installed in a bank. And be especially vigilant when withdrawing cash on the weekends; thieves tend to install skimming devices on a weekend — when they know the bank won’t be open again for more than 24 hours.

Lastly but most importantly, covering the PIN pad with your hand defeats the hidden camera from capturing your PIN — and hidden cameras are used on the vast majority of the more than three dozen ATM skimming incidents that I’ve covered here. Shockingly, few people bother to take this simple, effective step, as detailed in this skimmer tale from 2012, wherein I obtained hours worth of video seized from two ATM skimming operations and saw customer after customer walk up, insert their cards and punch in their digits — all in the clear.

For more on how these insert skimmers work, check out Crooks Go Deep With ‘Deep Insert’ Skimmers. If you’re here because you find skimmers of all kinds fascinating, please see my series All About Skimmers.

This entry was posted on Monday, June 13th, 2016 at 5:59 pm and is filed under All About Skimmers. You can follow any comments to this entry through the RSS 2.0 feed. You can skip to the end and leave a comment. Pinging is currently not allowed.