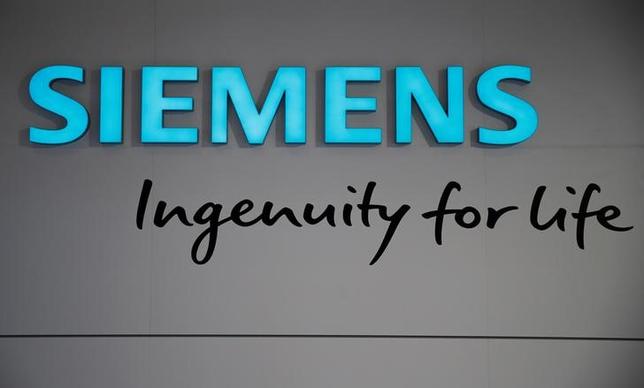 The logo of Germany’s largest engineering company Siemens is pictured with the company’s slogan ”ingenuity for life” during the Hannover Fair in Hanover, Germany, April 25, 2016.

“If we had been interested, we would have acted on it some time ago,” Joe Kaeser told German broadcaster ntv in an interview.

Midea’s bid has fanned a furious debate over Chinese takeovers in Europe, with politicians such as German Economy Minister Sigmar Gabriel calling for tougher restrictions. It has also prompted Berlin to consider whether Kuka’s technology is crucial for the digitalisation of German industry, an economic priority.

Kaeser, speaking to the broadcaster on the sidelines of Chancellor Angela Merkel’s trade visit to Beijing, said he believed Gabriel, who is also Vice Chancellor, was relaxed about Kuka’s situation.

“I don’t believe that Mr Gabriel has a concern,” Kaeser said.

“As Economy Minister, he’s looking out for his country… in that sense, it’s quite natural that he should look at alternatives,” Kaeser added.

Gabriel said earlier this month there was an effort under way to develop an alternative offer for Kuka.

Germany’s Sueddeutsche Zeitung daily reported that Gabriel had spoken to German car manufacturers and Siemens about mounting a possible counter-bid for Kuka. But sources close to the government and Siemens told Reuters the idea had met with little enthusiasm.

Andy Gu, vice chief executive of Midea, told Germany’s Handelsblatt newspaper that his company’s bid for Kuka was motivated by business interests and aimed at helping the German company target the huge Chinese market. It was a not a political undertaking, he said.

“We are a private company. It’s not important to us what the Chinese government demands,” the newspaper quoted Gu as saying.

Gu said Kuka would remain independent, adding that he expected Chinese authorities to approve the takeover, according to the newspaper.