China says German robot maker deal should not be politicized 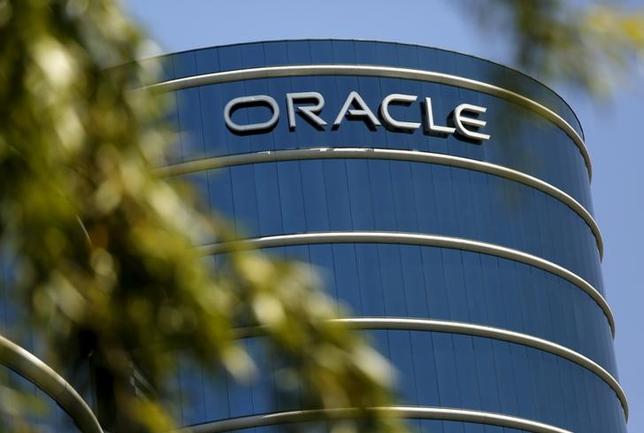 Oracle Corp (ORCL.N) was sued on Wednesday by a former senior finance manager who claimed she was terminated in retaliation for complaining about improper accounting practices in its cloud services business.

In a complaint filed with the U.S. District Court in San Francisco, the former executive, Svetlana Blackburn, accused upper management of trying to push her to “fit square data into round holes” to make Oracle Cloud Services’ results look better.

Oracle, like other established technology companies, has been moving its business to the cloud – essentially large servers in data centers accessible through the internet – instead of selling installed software.

It has invested aggressively in its cloud business over the last few years in a bid to gain market share from rivals such as Salesforce.com Inc (CRM.N) and Workday Inc (WDAY.N). Safra Catz, Oracle’s co-chief executive, said in March that the cloud business was in a “hyper-growth phase.”

Blackburn said her bosses instructed her to add millions of dollars of accruals for expected business “with no concrete or foreseeable billing to support the numbers,” and that executives above her added accruals on their own.

Blackburn said Oracle terminated her employment last Oct. 15, just one month after the alleged wrongdoing began, and two months after she received a positive performance review.

Oracle, she said, had come to view her as “more of a roadblock than a team player who would blindly generate financial reports using improper bases in order to justify the bottom lines that her superiors demanded to see.”

A spokeswoman for Redwood City, California-based Oracle, Deborah Hellinger, said: “We don’t agree with the allegations and intend to vigorously defend the matter.”

Blackburn’s lawsuit accused Oracle of violating the anti-retaliation provisions of the federal Sarbanes-Oxley corporate governance and Dodd-Frank financial reform laws. It seeks punitive damages, double back pay, and other remedies.