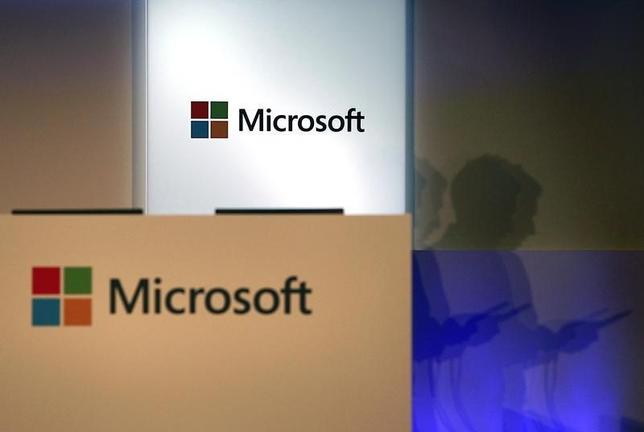 A shadow of a man using his mobile phone is cast near Microsoft logo at the 2014 Computex exhibition in Taipei June 4, 2014.

A spokesman for Microsoft Finland declined to comment on the report which said the company had invited its Finland-based phone developers to a meeting in Espoo on Wednesday.

The U.S. company entered the phone business in 2014 by buying Finnish firm Nokia’s (NOKIA.HE) once-dominant handset unit for about $7.2 billion.

It failed to turn the business around and took a $7.5 billion writedown last year.

This month Microsoft announced a sale of its entry-level feature phones business for $350 million, but said it would continue to develop its Lumia smartphones.