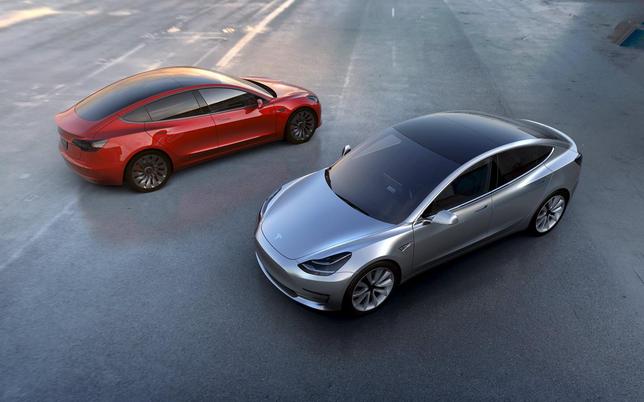 Mando Corp (204320.KS) is in talks with Tesla Motors (TSLA.O) to supply parts for its Model 3 car, an industry source said, as it seeks to join other South Korean firms supplying components for Tesla’s more affordable electric cars.

The source did not give any details on the parts that Mando could provide for the cheaper Model 3, citing confidentiality. A Tesla spokesperson was not immediately available for comment. A Mando spokesman declined to comment.

South Korea’s Maeil Business Newspaper reported on Monday that Mando had been picked by Tesla to develop and supply self-driving car technology and parts, pushing up Mando’s share price.

Asked for comment, a Tesla spokesperson in San Francisco said: “The rumors are not true. Tesla currently sources steering racks for its Model S vehicles from Mando. It does not supply autonomous technology systems.”

By 2020, the company aims to generate half of its revenue from next-generation products, including semi-automated driver assistant systems, used in Hyundai Motor’s Genesis G90 luxury sedan.

“Tesla is turning to South Korean parts makers, which are more cost-competitive than Japanese rivals, as the electric car start-up plans to drastically cut costs for the cheaper Model 3,” said Eim Eun-young, an auto analyst at Samsung Securities.

LG Display (034220.KS) and Hankook Tire (161390.KS) are among South Korean firms which plan to supply their products for the Model 3, sources have said.

(Reporting by Hyunjoo Jin in SEOUL, Additional reporting by Alexandria Sage in SAN FRANCISCO and Dahee Kim in SEOUL; Editing by Richard Pullin)