Toshiba to more than halve its capital base to about $1.8 billion 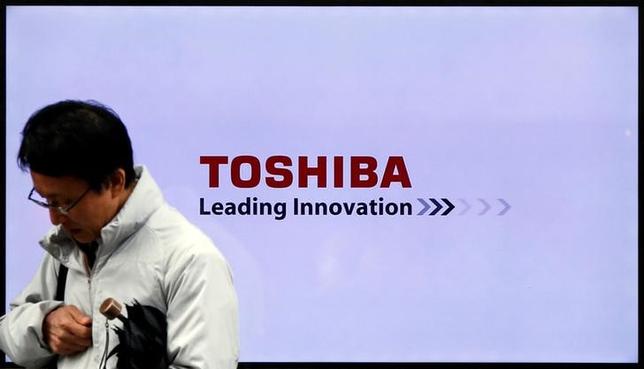 A man walks past a Toshiba Corp logo displayed on one of its television sets in Tokyo, Japan, November 26, 2015.

Japan’s Toshiba Corp said on Monday it would more than halve its capital base – a move that comes in the wake of a $1.3 billion accounting scandal last year.

It will cut its capital to 200 billion yen ($1.8 billion)from 439.9 billion yen to plug a deficit in its earnings reserves on its balance sheet after posting huge losses, it said.

The capital reduction will be subject to shareholders’ approval and would be effective July 31, the embattled industrial conglomerate said in a statement.

The company also said that it was correcting its earnings results for the year that ended in March. Its operating loss came to 708.7 billion yen, compared with the 719.1 billion yen loss announced earlier this month.