Microsoft to crack down on content promoting extremist acts

Red Hat shares could rise 30 percent in a year: Barron’s 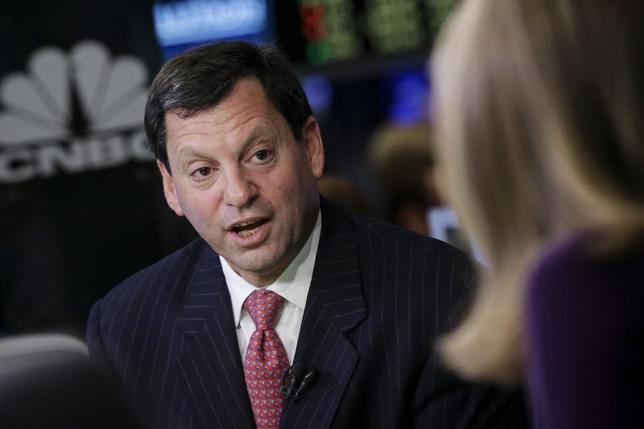 First Data Chairman and Chief Executive Frank Bisignano speaks during an interview after his company’s initial public offering, on the floor of the New York Stock Exchange October 15, 2015.

First Data Corp shares could rise as much as 70 percent if the company’s performance continues to improve, according to a report on Sunday from the financial publication Barron’s.

The payments processor, which has seen shares fall 20 percent since its 2015 initial public offering, is making progress strengthening its balance sheet and rebuilding its business, Barron’s said.

Under Chief Executive Officer Frank Bisignano, First Data has improved its technology, paid down debt and got creditors to postpone to 2021 $5 billion in debt payments that were to be payable in 2018. Improved technology and salesmanship should help First Data generate more revenue, Barron’s said.

First Data’s shares, at around $11, trade at eight times estimated 2016 earnings which is less than half the level of some competitors, Barron’s added.