Microsoft to crack down on content promoting extremist acts 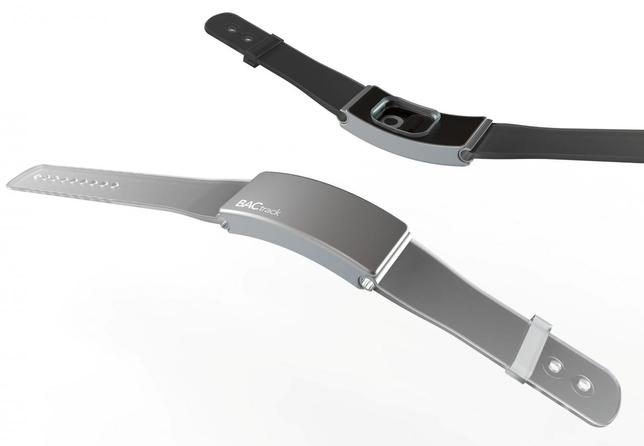 The BACtrack Skyn wearable alcohol biosensor is seen in an undated handout artist’s rendering courtesy of BACtrack. BACtrack/Handout via Reuters

A San Francisco-based company has won a U.S. government-sponsored competition with an alcohol monitoring devices that can be worn on the wrist, the latest milestone in the development of wearable technologies that monitor and diagnose medical conditions.

BACtrack, a privately held medical device maker, took the $200,000 top prize in the National Institutes of Health (NIH) Wearable Biosensor Challenge on Thursday with its wristband monitor, which measures blood alcohol levels via sweat on the skin.

The product, dubbed BACtrack Skyn, is currently awaiting Food and Drug Administration approval and is expected to be on the market by the end of the year for $99.

Dr. George Koob, head of the NIH’s National Institute on Alcohol Abuse and Alcoholism, said he expected the device to be a valuable resource for alcohol research community.

“It can help doctors accurately measure a patient’s drinking history, and not just depend on the most recent tests,” Koob said. “This can help a lot with the treatment.”

“The blood alcohol monitoring devices used in legal and medical circles are big and bulky, like a ball and chain for the ones using it,” said Keith Nothacker, president of BACtrack. “We wanted to make something people would want to wear.”

The device in its current form will not, however, be a substitute for breathalyzers or blood tests used by law enforcement, because the device does not provide real-time blood-alcohol levels.

Nothacker said it takes about 45 minutes for ethanol to show up in the blood, and that the device is designed to provide a recent history of alcohol use.

BACtrack has been experimenting with consumer-centric alcohol testing for several years. In 2013, it introduced the BACtrack Mobile Breathalyzer, which syncs with a smartphone to track blood alcohol content.

BACtrack beat seven other smaller companies to win the NIH competition. Milo, a Santa Barbara based technology startup, won the $100,000 second-place prize for its design of a wearable alcohol content tracker that also uses a skin sensor and communicates with a smartphone using wireless technology.