Samsung to partner with Alibaba on mobile payments in China 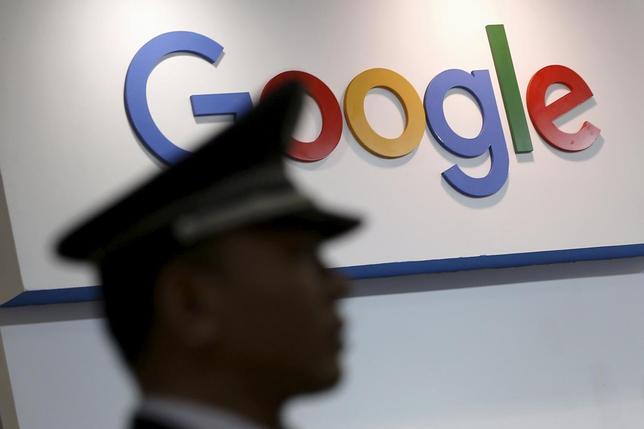 A security guard keeps watch as he walks past a logo of Google at an exhibition stage during the 4th China (Shanghai) International Technology Fair 2016 in Shanghai, China, April 21, 2016.

Google has no plans to expand its partnership with Fiat Chrysler Automobiles NV to create a self-driving car, the program chief at the Alphabet Inc unit said on Thursday, affirming that the technology company was still in talks with other potential partners.

Earlier this month, Google and Fiat Chrysler agreed to work together to build a fleet of 100 self-driving minivans in the most advanced collaboration to date between Silicon Valley and a traditional carmaker. Google said it was not sharing proprietary self-driving vehicle technology with Fiat Chrysler, and that the vehicles would not be offered for sale.

“This is just FCA and Google building 100 cars together,” Google self-driving car Chief Executive John Krafcik said in an interview on the sidelines of an energy conference in Washington.

“We’re still talking to a lot of different automakers,” he added. “We’ve been very open about what the technology is and the problem we want to solve together. Solving this problem is going to require a lot of partnership.”

Fiat Chrysler CEO Sergio Marchionne said after the partnership was announced that what had been agreed with Google was limited, but he suggested that the alliance could evolve.

Google has no timetable for making self-driving vehicles available to the public and has logged about 1.5 million miles of test driving, Krafcik said on a panel at the conference.

“We have a responsibility to get this out there as soon as we can and really as soon as we have data that says we’re better than the current system of flawed human drivers,” Krafcik said, citing 33,000 annual traffic deaths and more than 2.3 million injuries. “As soon as we’re better we should push the button and go.”

Rival technology and auto companies are accelerating their efforts to master the complex hardware and artificial intelligence systems required to allow vehicles to pilot themselves.

On Thursday, ride hailing company Uber Technologies Inc[UBER.UL] released photographs of a Ford Fusion it had outfitted with sensors to enable autonomous driving. The car is being tested in Pittsburgh, Uber said in a blog post.