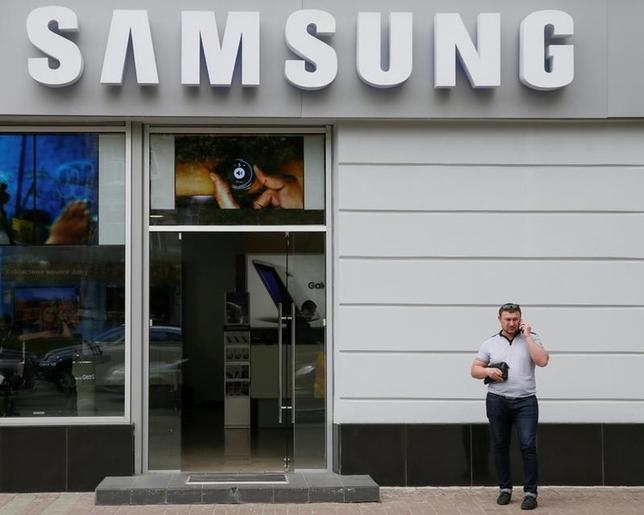 A man speaks on his mobile phone near a Samsung store in central Kiev, Ukraine, May 11, 2016.

Under the tie-up, Samsung Electronics plans to allow its smartphone customers to use Alipay, the online payment platform run by a unit of Chinese e-commerce giant Alibaba, media reports said on Thursday.