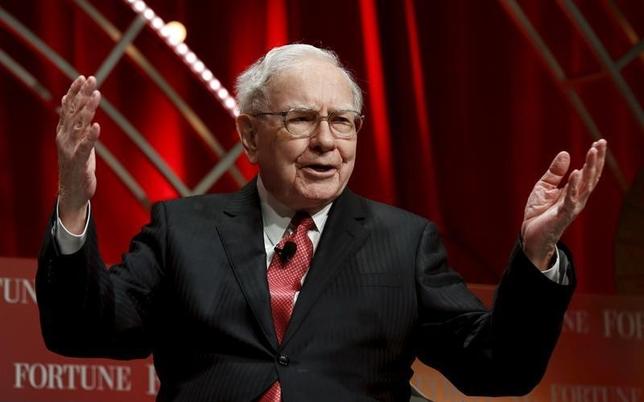 Warren Buffett, chairman and CEO of Berkshire Hathaway, speaks at the Fortune’s Most Powerful Women’s Summit in Washington October 13, 2015.

The consortium is in the second round of bidding in the auction for Yahoo’s assets, the people said, asking not to be identified because details of the sale process are confidential.

Buffett offered no immediate comment when reached by telephone. A Quicken Loans spokeswoman declined to comment on behalf of Gilbert, while Yahoo did not immediately respond to a request for comment.

(Reporting by Michael Flaherty and Greg Roumeliotis in New York; Additional reporting by Dan Freed and Jennifer Ablan in New York and Liana B. Baker in San Francisco; Editing by Bernard Orr)