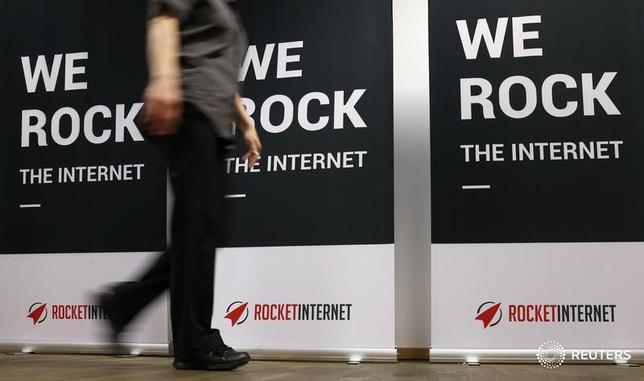 A woman walks past a banner at the shareholder meeting of Rocket Internet, a German venture capital group in Berlin, Germany, June 23, 2015.

Europe’s top Internet group has faced increasing concerns from investors about the scale of losses at its start-ups ranging from online fashion to food delivery, as well as delays to planned listings due to volatile markets.

The stock has tumbled in recent weeks following a cut in the valuation of its fashion ecommerce sites to 1 billion euros ($1.1 billion) in late April, a third of the figure put on the business when it last raised funds in August.

Asked why Rocket had to raise capital so quickly for Global Fashion Group (GFG), which groups sites in six emerging markets, Samwer Samwer told Sueddeutsche Zeitung in an interview published on Monday that business was tough in some countries, like India, and liquidity needs possibly evaluated wrongly.