Alberta flies drones to find cause of epic Canadian wildfire 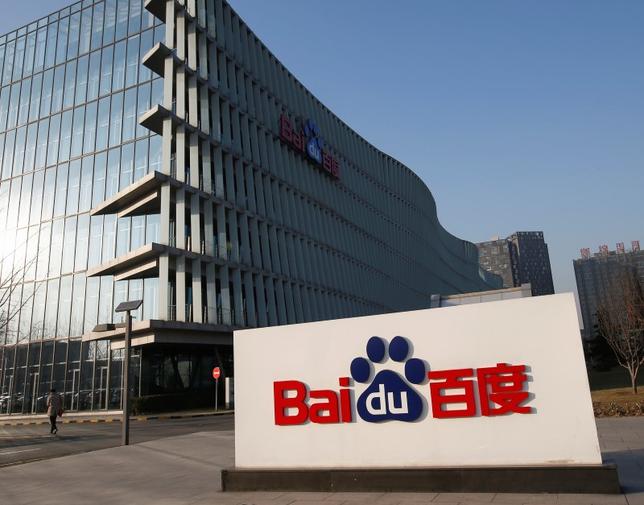 Baidu’s company logo is seen at its headquarters in Beijing December 17, 2014.

The death of a student following experimental cancer treatment he found through China’s biggest search engine, Baidu Inc, has exposed the faultlines in the company’s business model, which relies heavily on income from the country’s lightly regulated health sector.

Before his death, student Wei Zexi, 21, criticized the military-run hospital that provided the failed treatment for misleading claims about its effectiveness and accused Baidu, which controls 80 percent of the Chinese search market, of promoting false medical information.

The regulators have not said what, if any, offences or regulations might have been broken and did not respond to requests for comment.

Analysts at Daiwa said regulators could be checking for compliance with China’s Advertisements Law, which says medical sector advertising should not contain assertions about effectiveness.

Baidu said it was also conducting an investigation and would fully cooperate with the regulator.

It is not clear that conventional treatment – typically surgery to remove the tumor – would have cured the rare synovial sarcoma that Wei suffered from.

Reuters has not been able to reach the hospital for comment.

Baidu has come in for fierce online criticism for how it handles adverts within its search results, especially from an industry as sensitive as healthcare, which analysts at Nomura and Daiwa say provides 20 to 30 percent of its search revenues.

“Whatever page you’re looking at on Baidu is a mess of adverts,” said username FreedLiu on China’s Weibo microblog, discussing Wei. “They’re profiting from loads of people who don’t know Baidu auctions (its search results).”

Baidu said it applied particular vigilance to healthcare customers, with screening for misleading adverts and a verification program with additional scrutiny for medical advertisers.

“Over the years, we have proactively cleaned up the customer base,” a company spokeswoman said by email.

It is not the first time the company has fallen foul of regulators and public opinion for its handling of healthcare ads and blogs, though it has not suffered substantive sanctions.

In 2008 it said it would overhaul its operations after state media said it let unlicensed medical service providers buy high search rankings. The hospital that treated Wei, however, is licensed by the Beijing municipal government.

And in January Baidu apologized for management failures when the internet regulator found illegal content in its search results and online forums, including ads for unlicensed clinics. Baidu also sold the rights to manage a disease discussion site to a company selling treatment for that illness, forum users said.

“Baidu has had issues come up about the types of medical ads they accept since 2008,” said Mark Natkin, managing director of Marbridge Consulting in Beijing.

Like most search engines, Baidu places paid-for ads in its search results, but in a series of Reuters search tests it included at least twice as many ads as Alphabet Inc’s Google, which is blocked in China, and placed them higher in its list.

Though Baidu marks such items as promotions, Google also highlights the word “Ad” in a yellow box.

Baidu’s spokeswoman said the number of adverts on a page depended on the search subject and whether it was on PC or mobile, but declined to give specifics for healthcare-related searches.

Google’s policies list a string of restrictions on healthcare advertising, and several searches by Reuters for health-related terms on the search engine produced no adverts.

Baidu said its requirements for healthcare ads “are not public information, and we can only share that with our advertising customers”.

“Pursuing profits is not wrong, but putting profits over helpless patients’ lives is against any ethical standards,” said a column in the official People’s Daily on Monday.

Any decision by authorities to restrict healthcare advertising could have a material impact on Baidu’s earnings, a concern that has contributed to a sharp fall in its shares in the last three sessions.

The regulator did not return requests for comment on the possibility of any such action.

Daiwa said 10-15 percent of Baidu’s search revenue could evaporate under a worst-case scenario.

Even without such measures, the damage to Baidu’s reputation could hit it in the pocket.

“This would, in turn, affect the performance for healthcare-related ads on Baidu, in our view.”

(Reporting by Paul Carsten; Additional reporting by Beijing Newsroom and Adam Jourdan in Shanghai; Editing by Will Waterman)