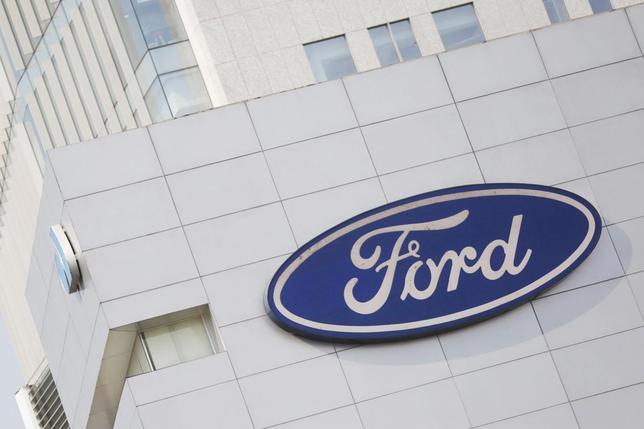 A Ford logo is pictured at a store of the automaker, in Mexico City, Mexico, April 5, 2016.

Ford Motor Co (F.N) is investing $182.2 million in San Francisco-based Pivotal Software, underscoring the pressure carmakers face to boost their technology platforms given the rise of connected and self-driving cars.

The investment in Pivotal, a cloud-software company which provides tools that make it easier for developers to build software, will help Ford boost its own software capabilities. As part of the deal, Ford and Pivotal will jointly open labs in the United States and Europe where their engineers will work side by side.

While Pivotal does not make the software at the heart of self-driving car technology, Ford chief executive Mark Fields said he expected benefits from the partnership to flow to all product-development and information-technology teams at Ford, including those working on autonomous cars.

For example, Pivotal can help Ford speed up its software-development times, he said in an interview.

“This is not about catching up or one upping the competition,” Fields said. “We have had leadership in (autonomous vehicles) for some time now.”

Ford is on track for a fleet of 30 autonomous cars by year end, a Ford spokesman said, second only to Google’s test fleet of autonomous cars. In general, Ford has provided few public details on its plans for self-driving cars.

Software maker Microsoft Corp.(MSFT.O) is also investing in the funding round for Pivotal, which had been considered a 2016 IPO candidate when this year’s market for initial public offerings looked more promising.

Pivotal’s tools are popular with software developers who use the Oracle-owned (ORCL.N) Java platform, so a tighter relationship with Pivotal could give Microsoft’s Azure cloud developer-tools service an advantage among that group, often software developers at big businesses.

IBM’s (IBM.N) cloud business, also attractive to Java users, could now face tougher competition as a result of the deal.

Existing Pivotal investors General Electric Co (GE.N), EMC Corp (EMC.N) and VMWare Inc (VMW.N) are participating in the funding round, which gives Pivotal a valuation of $2.8 billion after the new cash infusion, a person familiar with the funding round said.