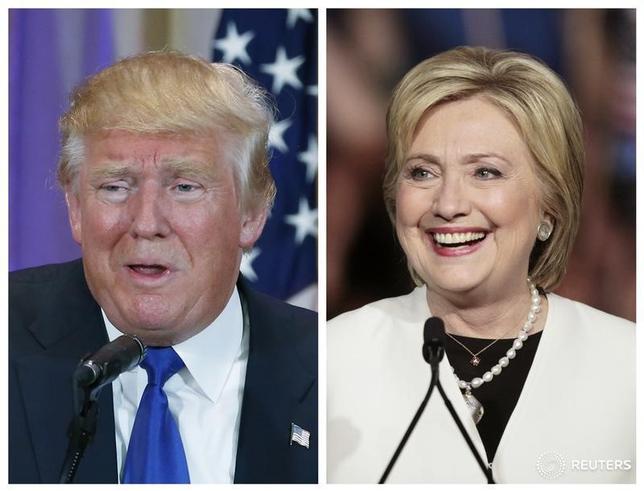 Thirteen U.S. industry groups representing technology companies Amazon.com Inc (AMZN.O), Uber Technologies Inc, Apple Inc (AAPL.O), Facebook Inc (FB.O) and others are pushing for the next U.S. president to support the Trans-Pacific Partnership (TPP) trade deal and to make it easier to hire high-tech workers from abroad, according to a joint letter seen by Reuters.

Ahead of the Republican and Democratic conventions in July, the tech industry plans to issue on Wednesday an open letter charting a dozen policy recommendations for the candidates running in the Nov. 8 presidential election. The groups are not aligning themselves with either of the two major political parties.

Backing for the TPP runs counter to positions taken by presumptive Republican candidate Donald Trump and Democratic front-runner Hillary Clinton. Trump has made criticism of international trade agreements and a call for tougher immigration policies central themes of his campaign.

In a Republican debate in March the billionaire real estate developer shied away from arguing against more H-1B visas for skilled foreign workers, saying he was “softening the position because we need to have talented people in this country.”

Clinton has not said if she would try to renegotiate TPP, which was signed in February but has not yet got congressional approval. She has said she supports expanding the number of visas for high-skilled workers.

Silicon Valley has struggled to notch policy wins in recent years on its legislative priorities, including immigration and patent reform, though the tech industry has succeeded in strengthening net neutrality protections and curtailing some government surveillance programs.

The coalition letter, signed by groups including the Internet Association, Telecommunications Industry Association and Information Technology Industry Council, is the first time a wide range of technology trade organizations have staked out a common platform during a presidential campaign, according to a person familiar with its writing.

The platform also calls for “narrowly targeted government access to user data” and recognition of encryption as a “critical security tool.”

Trump has urged the restoration of the National Security Agency’s (NSA) bulk collection of U.S. phone records, saying that U.S. authorities should err on the side of protecting national security over privacy concerns.

Trump also urged a boycott of Apple during the company’s high-profile clash earlier this year with the U.S. Federal Bureau of Investigation over unlocking an encrypted iPhone linked to a San Bernardino, California gunman.

Clinton has supported some reforms to the NSA and has said a balance needs to be found between privacy and security in the encryption debate.

The letter also calls for preventing censorship online by limiting unreasonable third-party liability for speech, support for the sharing economy, and an updated and simplified tax code, among other issues.