Google faces first EU fine in 2016 with no deal on cards: sources 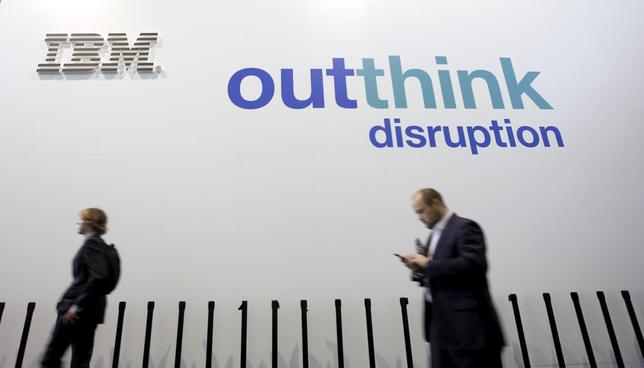 IBM on Friday announced new services to help companies design and develop blockchain technology in a secure environment in the cloud, a network of computers where users are increasingly storing their data and computing work.

The blockchain, the underlying technology behind bitcoin, is a digital tool for doing a slew of functions such as recording and verifying transactions. The technology, according to its many supporters, would make it easier to create cost-efficient business networks without requiring central control.

The interest in the blockchain surged last year when Wall Street’s major players such as Goldman Sachs delved into the technology and saw it as a way to solve inefficiencies in financial markets.

“Clients tell us that one of the inhibitors of the adoption of blockchain is concerns about security,” said Jerry Cuomo, vice president, Blockchain at IBM in a statement.

“While there is a sense of urgency to pioneer blockchain for business, most organizations need help to define the ideal cloud environment that enables blockchain networks to run securely in the cloud.”

IBM said it is addressing security issues in several ways, including cloud services with the highest Federal Information Processing Standards (FIPS 140-2) and Evaluation Assurance Levels (EAL) in the industry to support the use of blockchain in government, financial services and healthcare.

The technology company also announced the opening of an IBM Garage in New York and London. These garages are similar to research labs on the blockchain created by several major financial institutions over the past year. IBM’s garages are dedicated to helping clients design and develop their blockchain networks, said Cuomo.

Garages in Tokyo, London and Singapore will also open in the coming weeks to enable clients to collaborate with IBM experts on the design and implementation of blockchain for business.