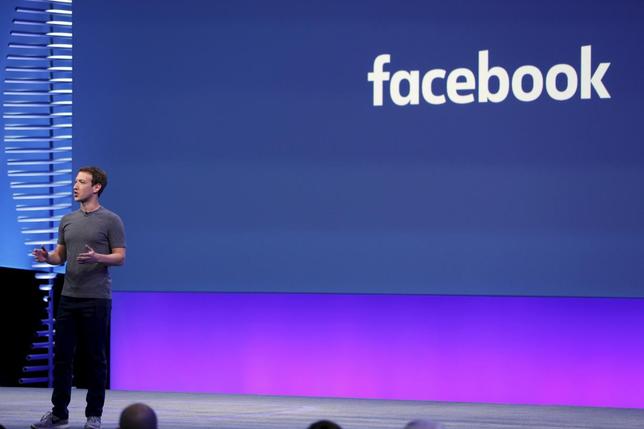 Facebook announced on Wednesday it will create a new class of non-voting shares in a move aimed at letting Chief Executive Officer Mark Zuckerberg give away his wealth without relinquishing control of the social media juggernaut he founded.

The rejiggering of Facebook’s share structure, effectively a 3-for-1 stock split, follows the 31 year-old’s announcement last December that he intends to put 99 percent of his Facebook shares into a new philanthropy project focusing on human potential and equality.

In a filing, the company said its plan was designed to keep Zuckerberg at the helm of Facebook, which it believes is key to Facebook’s future success, a sentiment shared by investors.

“Him staying intact and moving forward and guiding the company is critical. This is his baby,” said Daniel Morgan, senior portfolio manager at Synovus Trust Company, which owns about $40 million worth of Facebook shares.

Facebook intends to create a new class of shares that are publicly listed but do not have voting rights. Facebook will issue two of the so-called “Class C” shares for each outstanding Class A and Class B share held by shareholders. Those new Class C shares will be publicly traded under a new symbol.

So, for example, someone who held a single Class A share at Wednesday’s closing price of $108.76 would end up instead with one Class A share and two Class C shares, each of which would be priced at $36.25.

“Since the Class C shares would have the same economic rights as the Class A and Class B shares, we would expect that after the payment of the stock dividend, the share price of the Class A common stock would generally reflect a three for one stock split,” Facebook Chief Financial Officer Dave Wehner said on a conference call.

The plan must be approved by Facebook’s shareholders at a meeting on June 20, but since Zuckerberg controls the company, its success is virtually certain. The company said it has not set a date for payment of the new shares to existing shareholders.

Structures leaving some shareholders with no or fewer voting rights are not unheard of in the U.S. technology sector.