As tide turns against chip industry, Samsung forges ahead of rivals 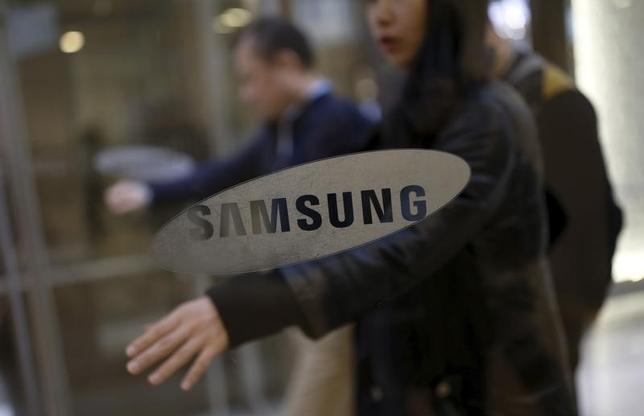 Gloom may be settling over much of the world’s semiconductor industry but Samsung Electronics Co Ltd is expected to cope better than most due to its strong technological edge, enabling it to boost market share for some key products and possibly even lift revenue.

A plunge in PC sales and slower growth for smartphones globally has hit the sector hard, prompting Intel Corp to say this month it would cut up to 12,000 jobs.

Qualcomm has said fiscal third-quarter chip shipments could fall as much as 22 percent, while SK Hynix Inc on Tuesday reported a 65 percent slide in quarterly operating income – its weakest result in three years.

Samsung, which reports its first-quarter earnings on Thursday, is also hurting. Chip profits – which accounted for just under half of its overall 2015 operating income – are widely expected to fall, with some analysts predicting a drop of more than 10 percent in January-March from a year earlier.

But if its rivals are getting pummeled, the South Korean tech giant is merely bruised and is in many ways benefiting as clients shift towards premium power-conserving DRAM chips for smartphones, as well as solid-state drives for data storage using 3D NAND chips.

“The technological gap between Samsung and its competitors in fields such as DRAM and NAND has been widening lately, which helps the company avoid the rate of profit decline seen at other firms,” said Song Myung-sub, an analyst at HI Investment & Securities.

Even with a first-quarter drop of around 10 percent, Samsung’s chip operating profit is expected to be nearly five times that of SK Hynix.

The world’s No. 2 chipmaker also happens to run the world’s biggest smartphone business, giving it a captive customer for its chips that none of its rivals have.

“This is a safehouse they can go to,” said Avril Wu, an analyst at research firm Trendforce.

Healthy initial sales for Samsung’s new flagship Galaxy S7 smartphones are expected to be the main driver of first-quarter operating profit, which the firm has said likely rose 10.4 percent from a year earlier to 6.6 trillion won ($5.8 billion).

Of its key products, analysts are most upbeat about Samsung’s NAND chip prospects. Samsung was the first to mass produce NAND flash chips using a technology called 3D NAND, helping it assume a dominant position in higher-margin products such as solid-state hard drives for computers and servers.

The technology is already contributing to Samsung’s profits, analysts say, adding that this is not the case for main NAND rivals Toshiba Corp, SK Hynix and Micron Technology Inc which are estimated to be as much as three years behind.

Investors and analysts also point to Samsung’s superior production technology for DRAM chips, saying the firm is ahead of its closest rivals by at least a year. It can mass produce smaller chips than rivals, which boosts performance and conserves power as well as increasing the number that can be made from a single wafer.

Samsung commanded 58 percent of the mobile DRAM market as of the fourth quarter of 2015, according to TrendForce. Mobile DRAM revenue also accounted for more than half of Samsung’s overall DRAM sales for October-March, TrendForce’s data shows.