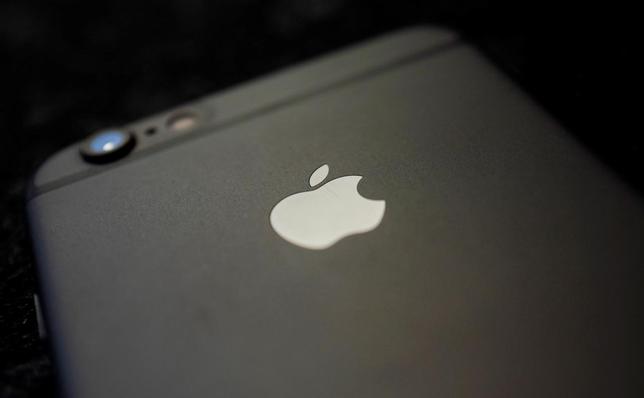 Apple Inc (AAPL.O) on Tuesday is likely to report its first decline in revenue in more than a decade, and analysts expect to hear bad news on iPhone sales, but traders in the options market are not running scared.

Relative to bullish bets, the cost of bearish options on Apple is now near the low end of the range they have inhabited over the last year, as traders await what they hope will be encouraging guidance – including a possible increase in dividends and buybacks – along with the weaker sales.

When compared with 30-day bullish Apple options, the cost of bearish options is lower than about 85 percent of the time over the last year, according to options analytics firm Trade Alert.

The stock’s 30-day at-the-money implied volatility, a gauge of the risk of large moves in the shares, is at 28.4 percent, about the lowest it has been ahead of earnings for the last six quarters.

In January, Apple, the world’s most valuable publicly traded company, forecast its first revenue drop in 13 years and posted the slowest-ever increase in iPhone shipments, suggesting the technology company’s period of exponential growth may be ending.

A less-than-stellar report from the company, however, may to an extent be baked into the price of its shares, analysts said.

“They have been talking about it for long enough,” said Scott Fullman, chief strategist at Revere Securities LLC. Fullman’s family has a position in Apple stock.

“People are also maybe hoping that there’s going to be something said that will help prop the stock up,” Fullman said.

An increase in Apple’s 47 cent quarterly cash dividend and a boost to its stock buyback plan could be good news for the shares.

RBC Capital Markets analyst Amit Daryanani said he expects Apple to raise its dividend by 10 percent to 15 percent and bump up buyback authorizations by a comparable percent, he said in a note on Sunday.

Some investors are willing to look past a weak earnings report and focus on future quarters.

“You could have some weakness this quarter with the average selling price on the iPhone. That wouldn’t disturb me,” said Mariann Montagne, senior investment analyst at Gradient Investments in Minneapolis. Gradient owns shares of Apple.

“This is something that we can ride through,” she said.

Analysts on average expect earnings of $2 per share and revenue of $51.97 billion, according to Thomson Reuters I/B/E/S.